One of my favorite scenes in “Rolling Papers,” a documentary in which I am occasionally shown smoking weed, is when the lively budtender at Medical Wellness Center talks about bike-riding dogs. Even if, directly before that, a shot of my intergluteal cleft — the medical term for “butt crack,” I’ve learned from the volume of pictures via Facebook I’ve received — makes a brief appearance. This budtender was genuinely amicable and knowledgeable, as opposed to the glorified cashiers with whom I usually interact. Returning there a year and a half later, his store has morphed into Oasis Cannabis Superstore, an edifice that embodies everything that has changed in recreational marijuana since we filmed there in January of 2015.

My budtender this time, a mid-twenty-something woman with blue and bleached blonde hair, tells me they have around 200 strains on the shelf right now. It’s a staggering amount of pot for one dispensary — much of it provided by wholesale cultivation companies. One case contains strains from Lit, another from Fat Face Farms, and so on until you start to feel like you’re in that scene from “Half Baked” where Dave Chappelle and Guillermo Diaz break into the lab and find brick after brick of weed. There’s even a jar labeled “Booger.” I walk out with a couple grams, including an old favorite in Jack Herer, from Kind Enterprises.

Named after the late author of “The Emperor Wears No Clothes,” one of the first books I read on cannabis prohibition, the sativa-dominant strain has become a legend in its own right since its creation by Sensi Seeds. Picking up seven first-place wins at the High Times Cannabis Cup, it’s a strain I haven’t heard people talking about lately, with most preferring crosses like Jack Flash or Jack’s Cleaner to the original. Which is fine — if you’re also the type of person who prefers McGriddles to an egg-and-biscuit sandwich.

Related: Who was Jack Herer? You know the strain, now get to know the man.

The best Jack Herer borrows sharp lemon candy, fresh pine and light clove notes from its Northern Lights and Shiva Skunk lineage, while adding buttery vanilla undertones from its Haze background. This was surprisingly complex for a mid ’90s creation, like the weed version of “The X-Files.” It’ll also show a more sativa-like appearance, with longer branches and an angular structure, so look for a Christmas tree shape as opposed to a rounder, more bulbous structure.

For all of the olfactory pleasure, my favorite part of Jack is the high: heady mood elevation and an uptick in energy, without being too powerful. In other words, it’s perfect for this hangover.

Super Lemon Haze: If you are in need of a 5-Hour Energy bud, this is the ticket

Jack Flash: Enjoy this beautiful cross of haze and skunk for a buzzy, buoyant high

Ghost Train Haze: Wanna feel like a room without a roof? Get happy on the world-class potency of GTH

Spending a late night at Pinche Tacos (or Tacos, Tequila, Whiskey for our more pious readers), I am in what could be generously described as rough shape. Tequila shoulders most of the blame. We’re getting ready to leave for Los Angeles, so I take a few hits of Jack to see if I can mobilize. I’ve never puked the day after drinking, but I’m ignominiously close to losing that record, along with last night’s dinner.

Within 10 minutes, the dull headache that had been forming like a man bun at the back of my head has been vanquished, though a slight throbbing persists as I rummage through piles of clothes for something to wear on the trip. I loathe doing laundry, as you could likely surmise from the piles, but today I’m filling up baskets with gusto. It’s a testament to Jack’s ability to move a body at rest into steady and occasionally frenetic motion. I’m approximately a quarter as energized as the teen in the ’90s meth girl commercial.

My stomach is also bouncing back, although the idea of food still sounds about as fun as watching two friends argue politics on Facebook. Coffee would bring me back, but after my experience on too much cannabis energy drink during a review, I’m reticent. Instead, I do last night’s dishes while staring at our French press like it’s Wilson from “Castaway.”

The definitive Cannabis Lexicon: Dabs, fatties, trichomes and beyond — we’ve got all the lingo, from alcohol extraction to zips

Cooking with cannabis: How-to’s for cannabutter and canna-oils, a guide to calculating THC potency and many recipes for appetizers, entrees and desserts

Vaporizer reviews: What makes for a good vape? Get details on products from Grenco Science, Pax, Firefly, Herbalizer, Kandypens, Zema, Pinnacle and many more

Almost an hour into my high, I’m impressed with the stamina of the strain, as one of the knocks on Jack Herer is that the potency isn’t what it used to be. Don’t tell that to the sauce pan I’m scouring with steel wool and even flipping over to restore some luster after what looks like years of abuse. I stop when I realize there’s no music playing, but am so engaged I won’t spare the seconds it would take to dry my hands and dial up an app.

After I wrap up in the kitchen, the energy from my high is still able to downshift without leaving me feeling antsy sitting with my laptop, and I can finally delve into work. Here, Jack shows its versatile side, as it’s a malleable high that morphs like Play-Doh into whatever shape you’re embodying, allowing itself to be pressed through the Fun Factory of your mind. Even with a sea of tabs open, I’m still able to navigate the waters of my day.

When I look at a place that’s actively marketing itself as a “superstore,” there’s a part of me that cringes at the idea of corporate cannabis. It’s hard to reconcile that discomfort with the notion that they served up a solid Jack Herer, the kind of legacy strain I could see soon being squeezed out to make room for the hyper-potent strains of tomorrow. I just hope that customers can see through the fog of endless jars and potency percentages, because there were some gems on the shelf. And then there were gimmicks like “Booger.” 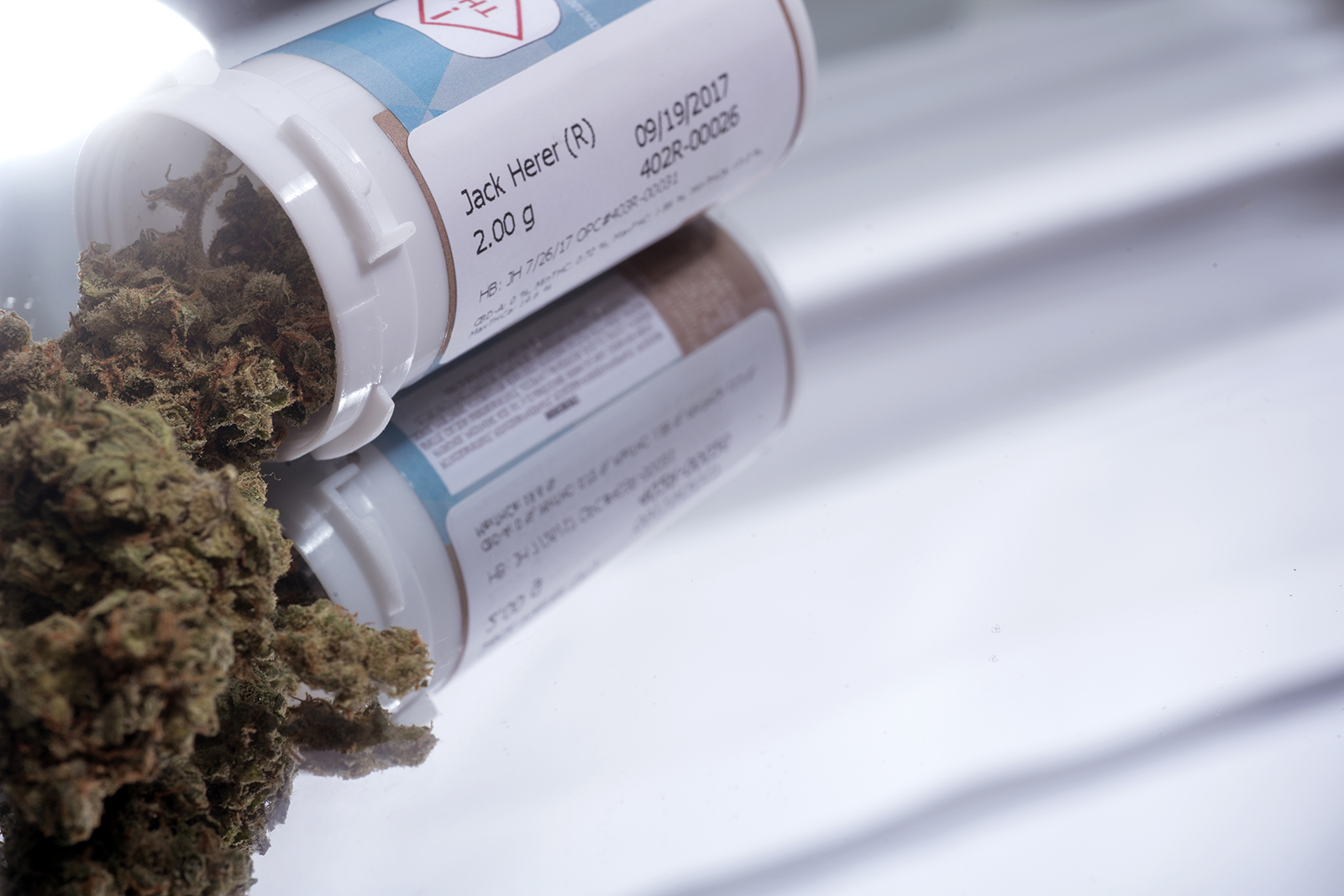 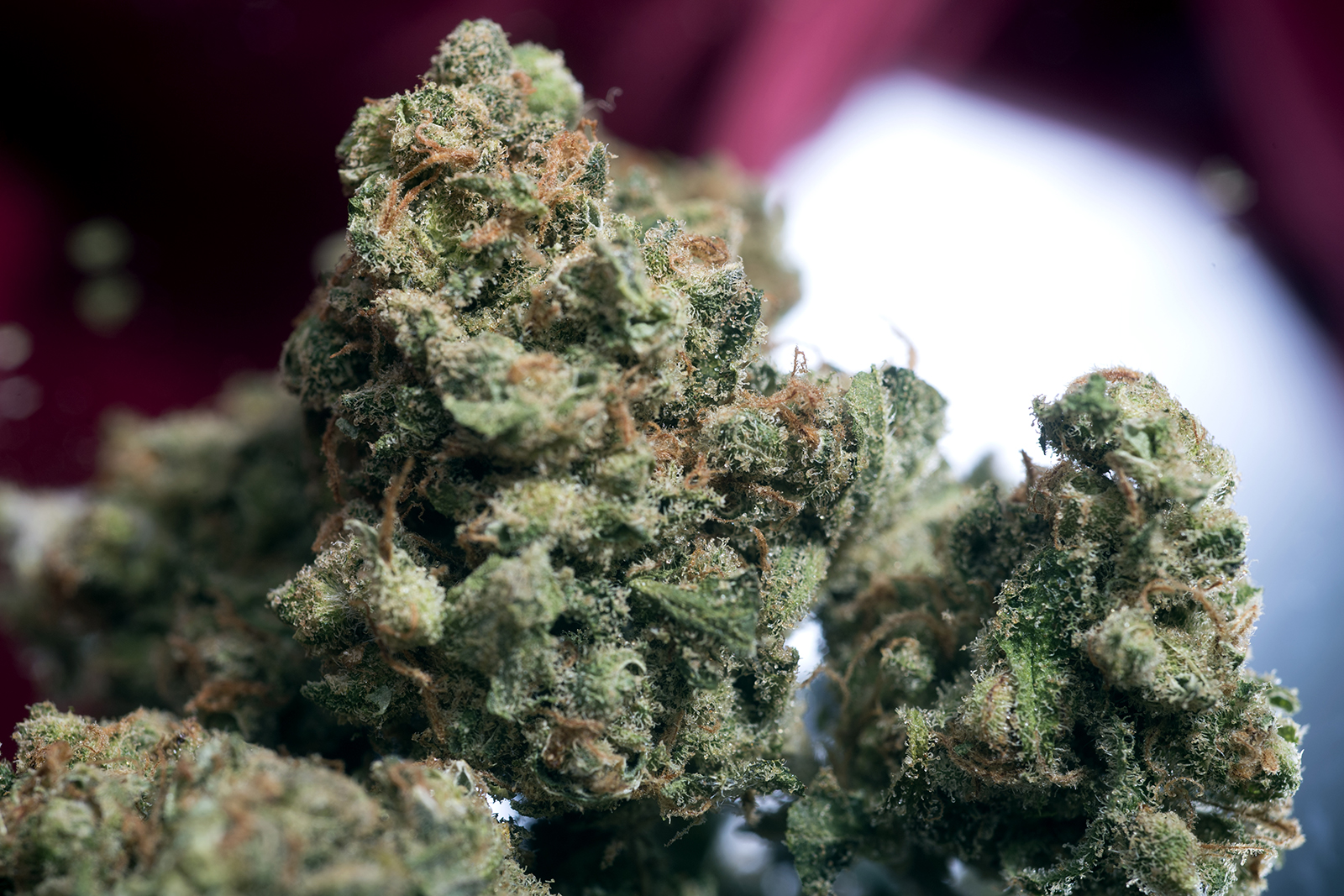 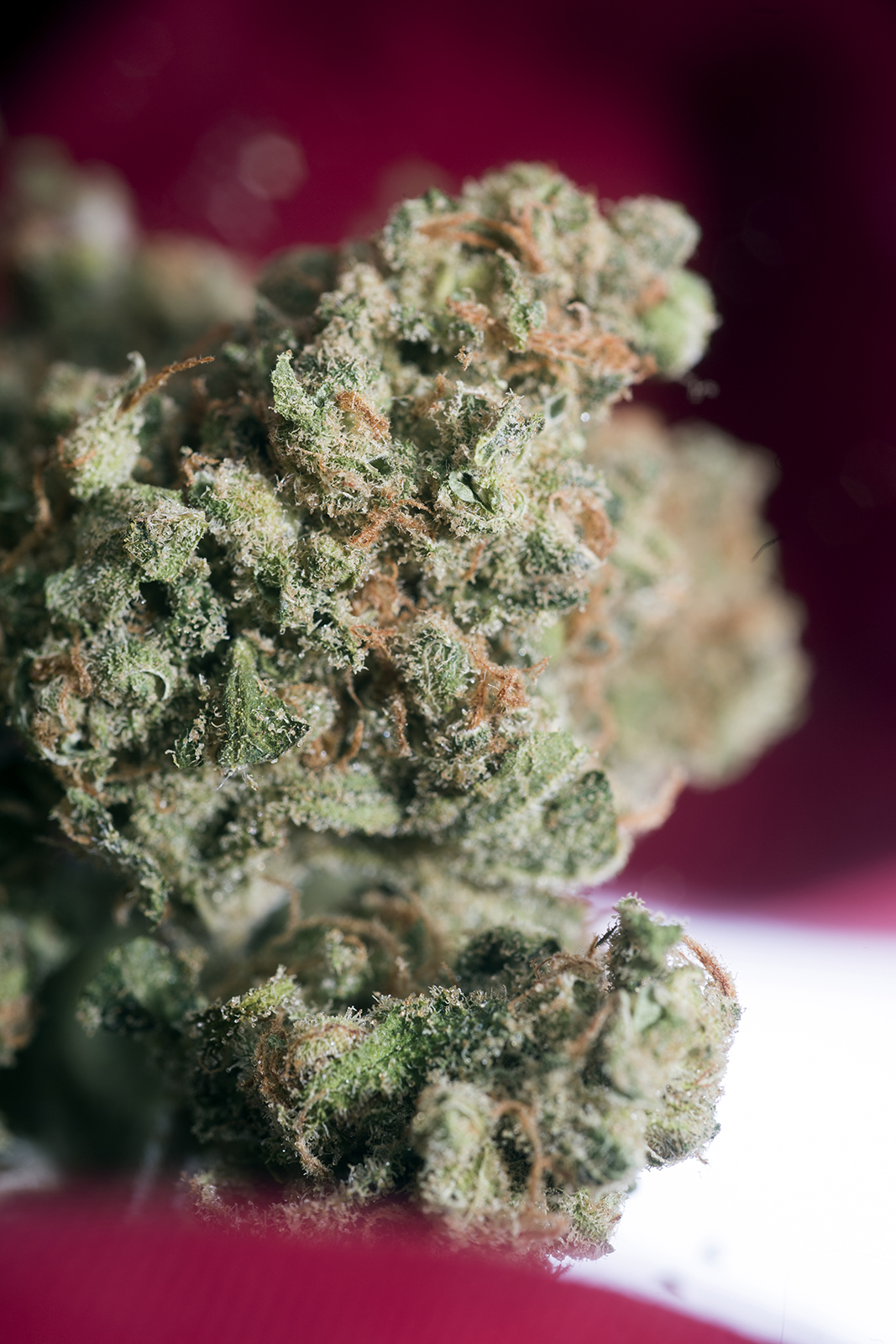 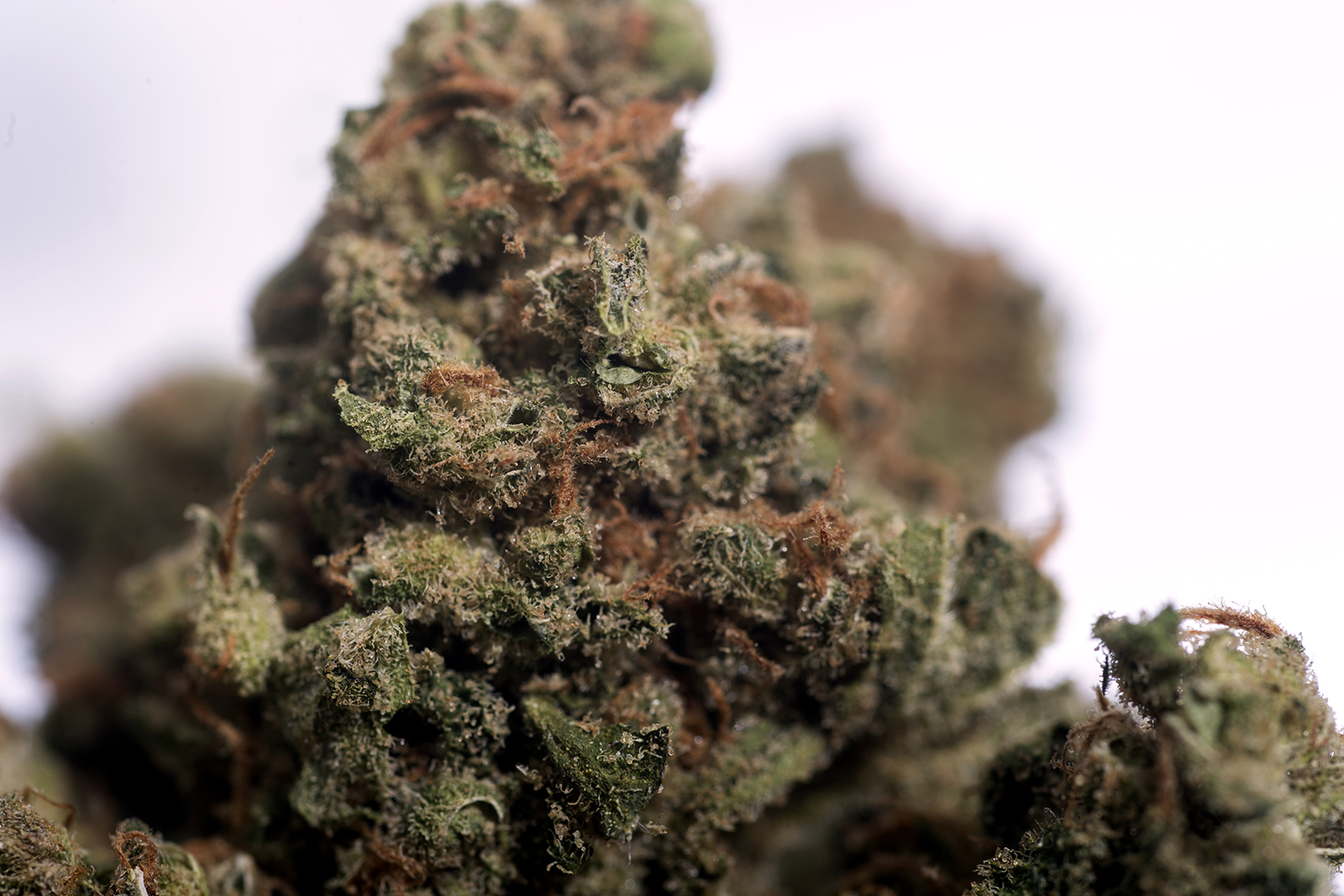 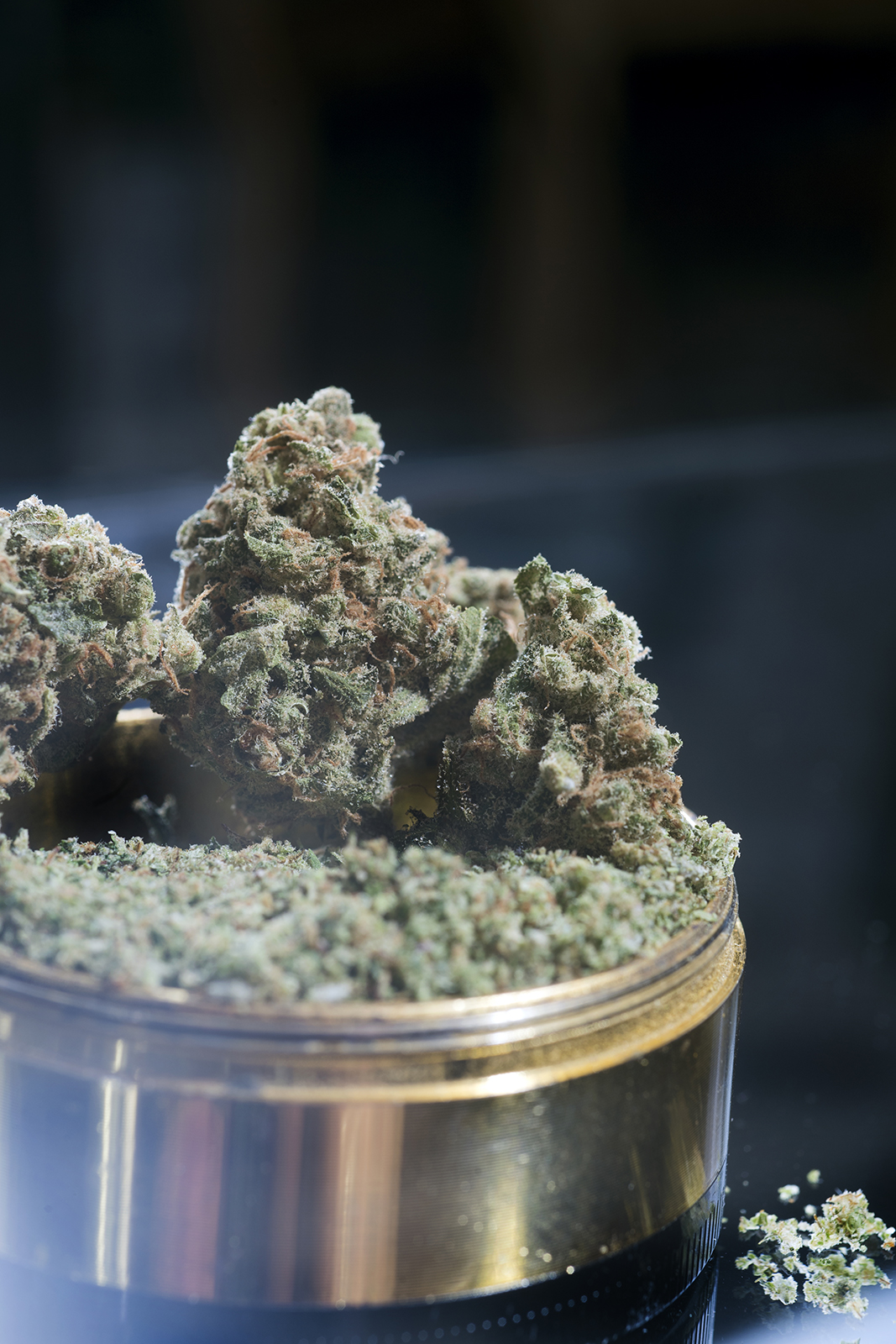 <
►
>
DENVER, CO - A detail macro shot of the marijuana flower Jack Herer, a sativa-dominant strain named for the pot activist author of "The Emperor Wears No Clothes." The cannabis was bought at Denver Kush Club in Denver's trendy 5 Points Neighborhood on Tuesday, September 19, 2017. (Photo by Vince Chandler / The Denver Post)