Updated Oct. 18, 2017: This story has been updated with a statement from the FDA.

For a brief moment last month, it appeared Target was on track to change the course of cannabidiol sales in the United States. But it turns out plucky Lucky’s Market is the national retailer disrupting the status quo.

The Colorado-based natural foods chain backed by grocery giant Kroger Co. is now selling nearly a dozen brands of hemp-derived extracts rich in the cannabis compound known as CBD at its 25 stores across the nation.

“We’re not afraid to be disruptive and pave the path and be pioneers,” said Sindy Wise, Lucky’s director of apothecary.

The move is risky in the American retail market where the legality of such extracts has been called into question by the U.S. Drug Enforcement Administration.

In late September, Target.com quietly began selling a selection of CBD oils made by CW Hemp. The decision for the multinational retailer to sell CBD oil was viewed as bold — perhaps even a challenge to the government entities and others questioning the legality of hemp-derived extracts.

But Target pulled the products and the companies clammed up after The Cannabist reported that CBD items were available to purchase on Target.com. Aside from Target releasing a brief statement confirming the products’ removal, neither the retailer nor CW Hemp returned multiple calls and emails seeking comment.

Taking a potentially “revolutionary” leap was a no-brainer for Lucky’s, Wise said. And after conferring closely with lawyers for the U.S. Food and Drug Administration, the retailer won’t be changing its mind.

Lucky’s founder Bo Sharon advocates for “positive disruption,” and that includes staying ahead of trends in the natural products industry and responding to consumer requests, she said.

And considering hemp-derived extracts, she added, the role extends to that of stigma-breaker.

“This is the next big thing in terms of natural medicine,” she said.

Lucky’s went big with the Sept. 27 launch, touting CBD oils and adaptogenic plants — natural substances that promote biological balance and help the body adapt to stress — in its October magazine, and dedicating two full shelving displays in the Apothecary section of its stores to a line of private-label hemp oils, salves and body butters, as well as the products of a handful of other manufacturers. The products are marketed alongside reishi and shiitake mushrooms, holy basil (tulsi), rhodiola, ginseng and licorice.

But the chain also was calculating — offering hemp-extract products made into topicals that are applied to the skin, as well as consumable powders and capsules.

Lucky’s has had hemp extracts in its sights for more than a year, and Wise bore witness to the products’ legal and regulatory rollercoaster ride.

The CBD extract industry, already booming, got a nice bump after voters in eight more states sought to legalize medical or recreational marijuana last November. Then came the chill: The U.S. Drug Enforcement Administration moved forward on new drug-code regulations for cannabis extracts, in the process reaffirming its position that CBD-rich extracts — even those derived from hemp — are Schedule I controlled substances.

That uncertainty scared both the makers of the extracts and the retailers hoping to sell them, Wise said.

Wise and Lucky’s paused, but then went full speed ahead after seeing hemp companies marketing their products at the Natural Products Expo West, the natural and organic industry’s largest trade show. Lucky’s struck up conversations with vendors and checked with FDA lawyers to ensure that labeling and other standards were being met, Wise said.

UPDATE: The Cannabist received a statement Oct. 16 from the FDA, which said its lawyers had not been contacted by Lucky’s about retail CBD oil labeling or standards. In a follow-up query to the grocer answered Oct. 18, a representative said its in-house counsel had reviewed the product labeling, not FDA lawyers. Wise wasn’t made available for additional comment.

Lucky’s moved fast and went big to have the products launch before the holidays and before next year, when the Niwot, Colo.-based grocer is expected to open another 20 stores.

“It is legal, otherwise we wouldn’t sell it,” Wise said.

Others, including DEA officials, have disagreed, claiming that the extracts derived from industrial hemp operations allowed under federal and state laws remain illicit.

Hemp industry members have challenged that interpretation by taking the DEA to court.

“We disagree with (the DEA’s) position and feel that CBD and whole-plant extracts from hemp (pursuant to the 2014 Farm Bill, hemp amendment and state industrial hemp pilot program regulations) are fully lawful,” said Patrick Goggin, an attorney with Denver-based Hoban Law Group, who is representing the hemp industry members in their legal petitions.

That the retailer is trading in something taboo is not lost on Wise and Lucky’s officials.

“It’s something that is right and that something is what consumers want,” Wise said. “It is a risk. And it is definitely putting ourselves out there.” 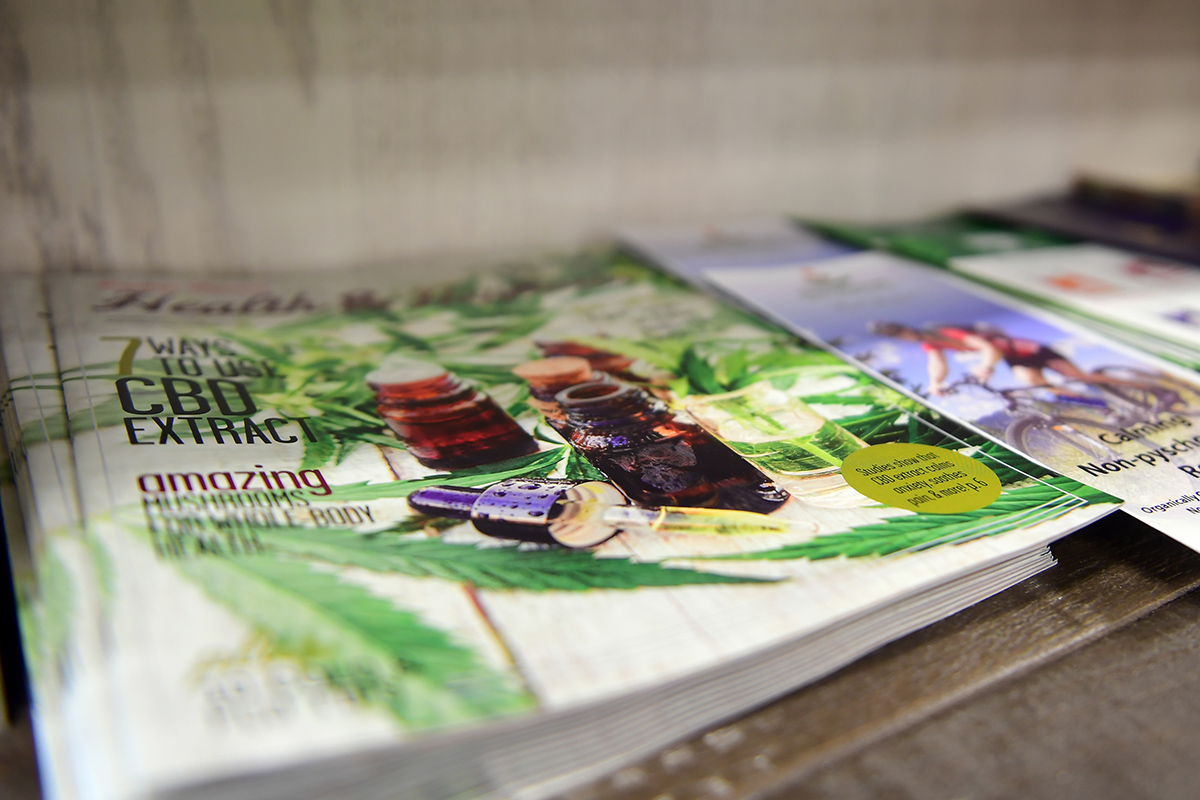 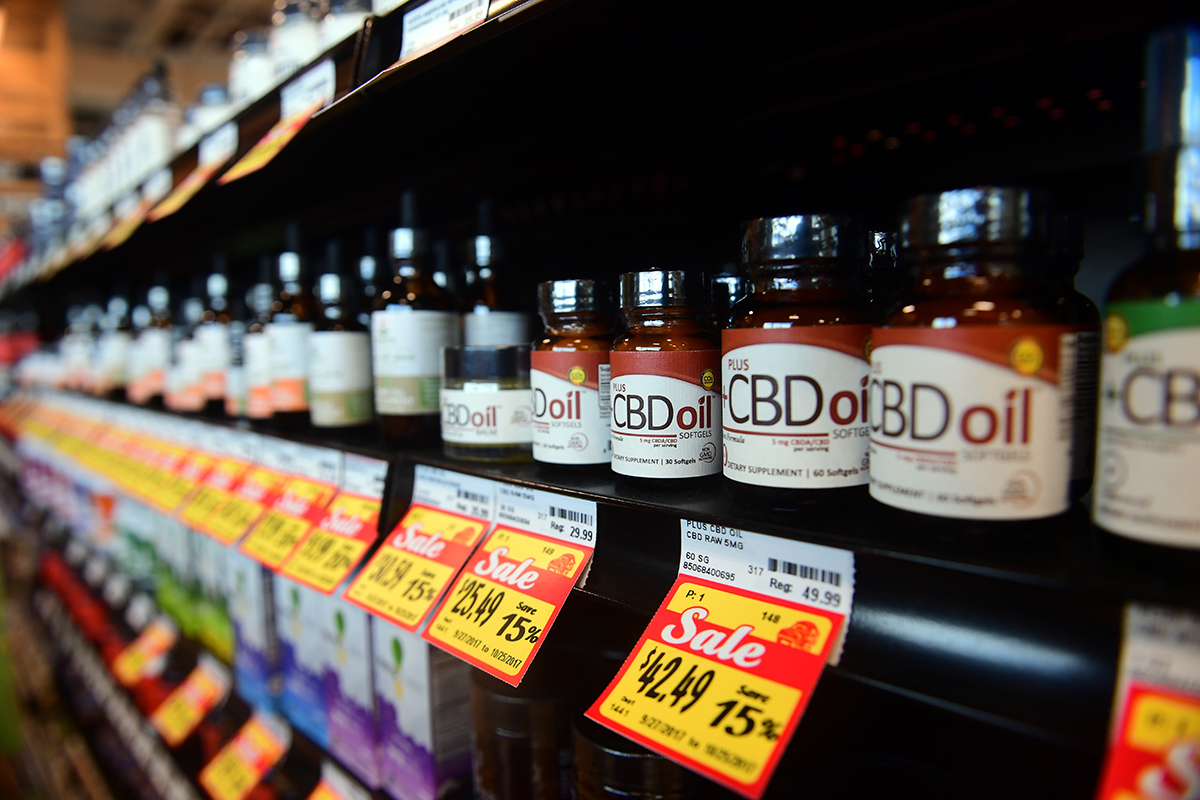 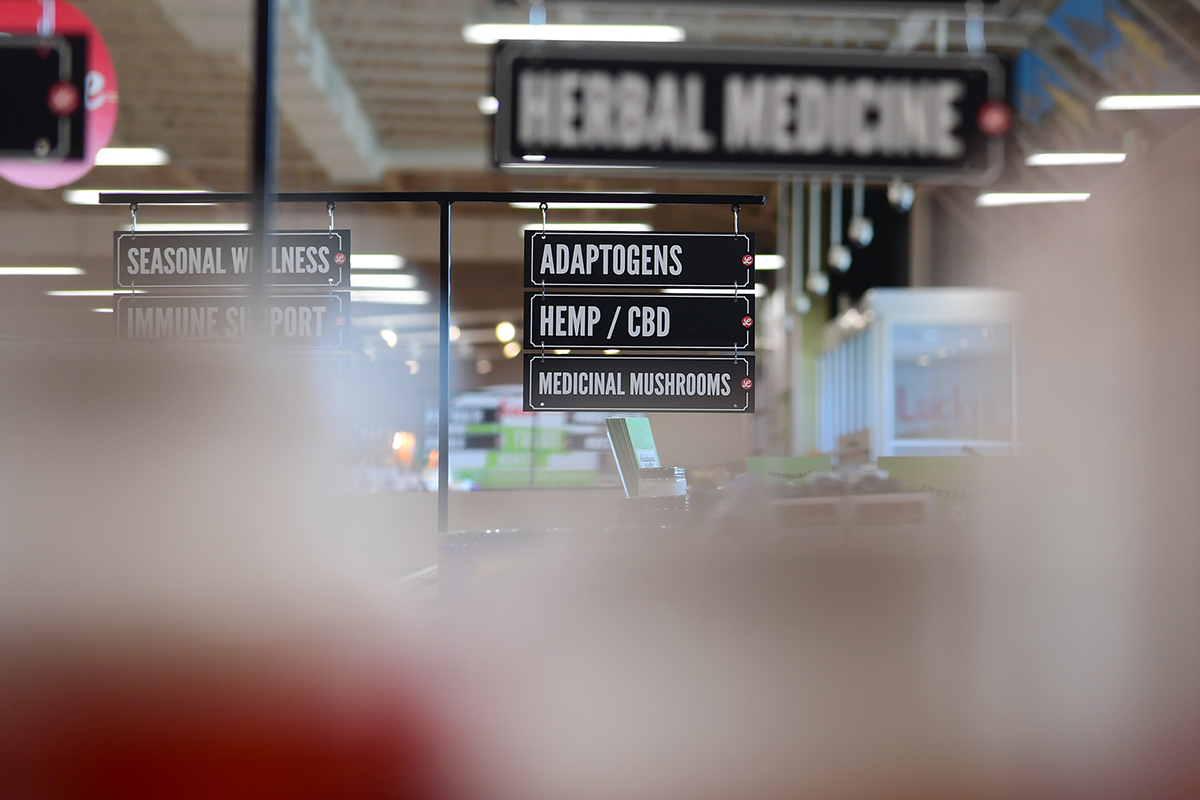 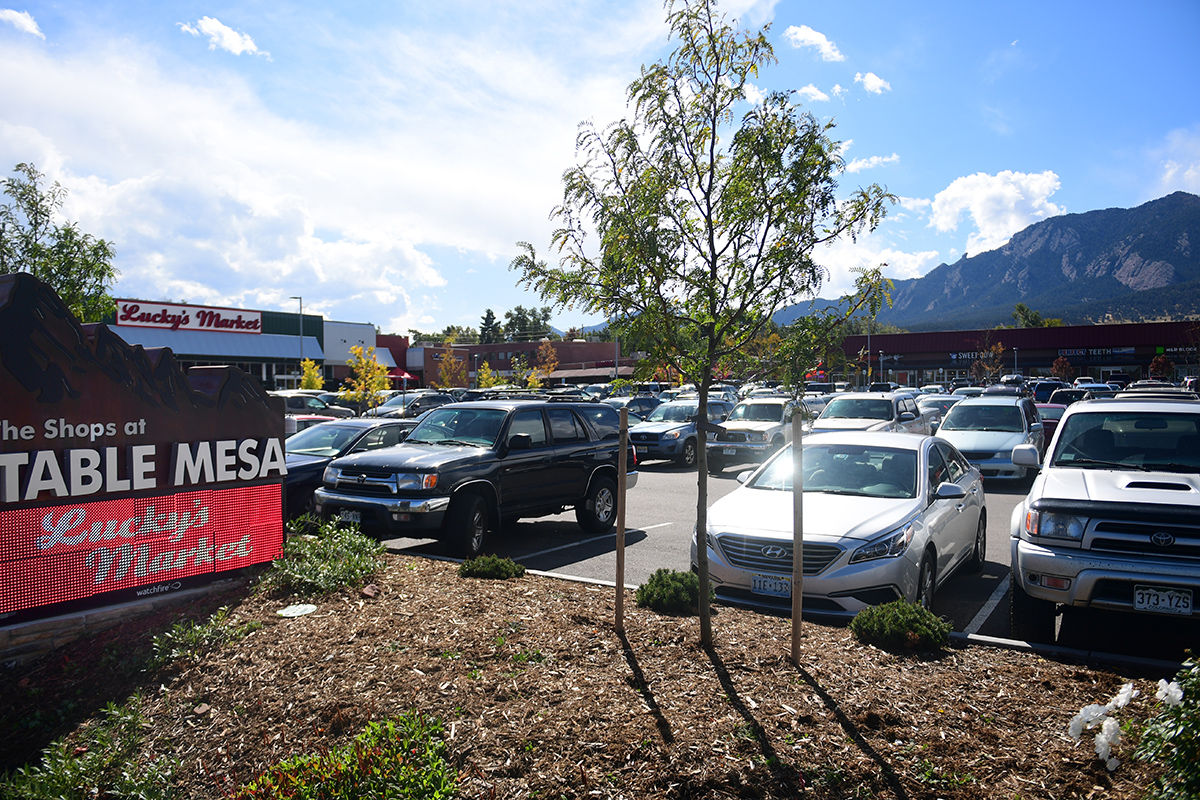 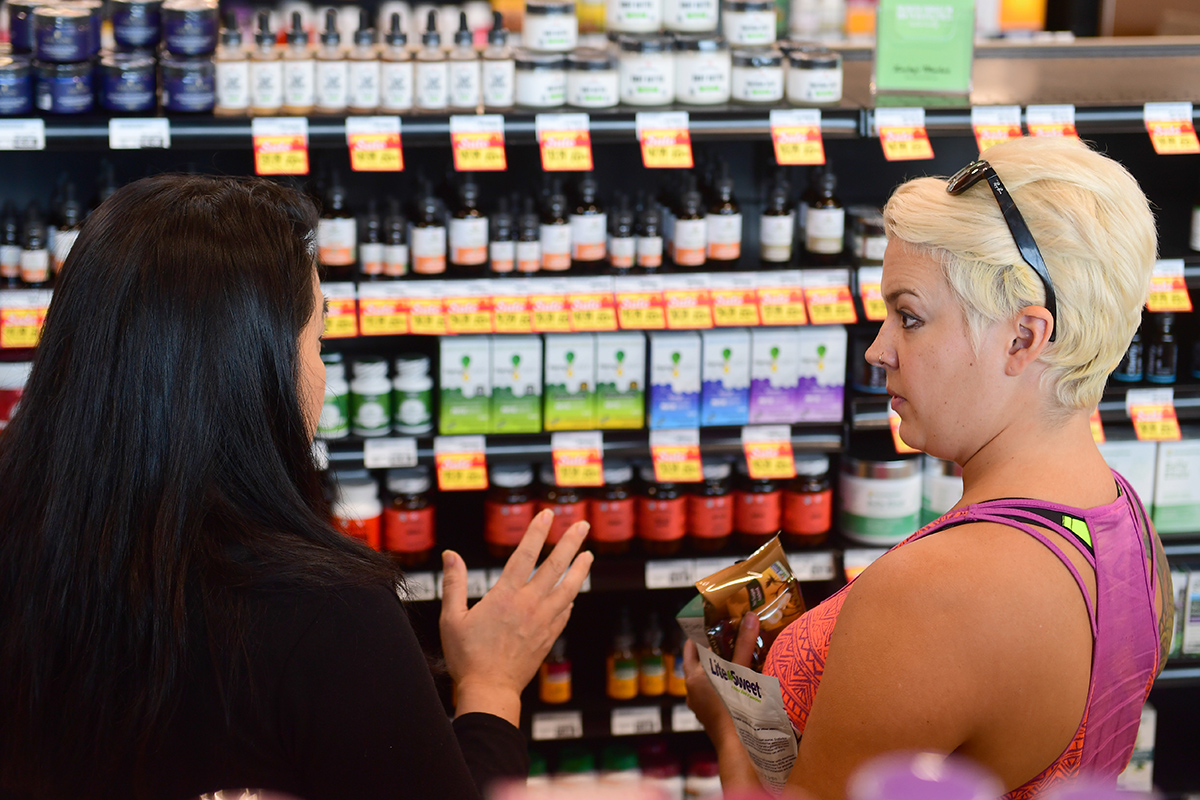 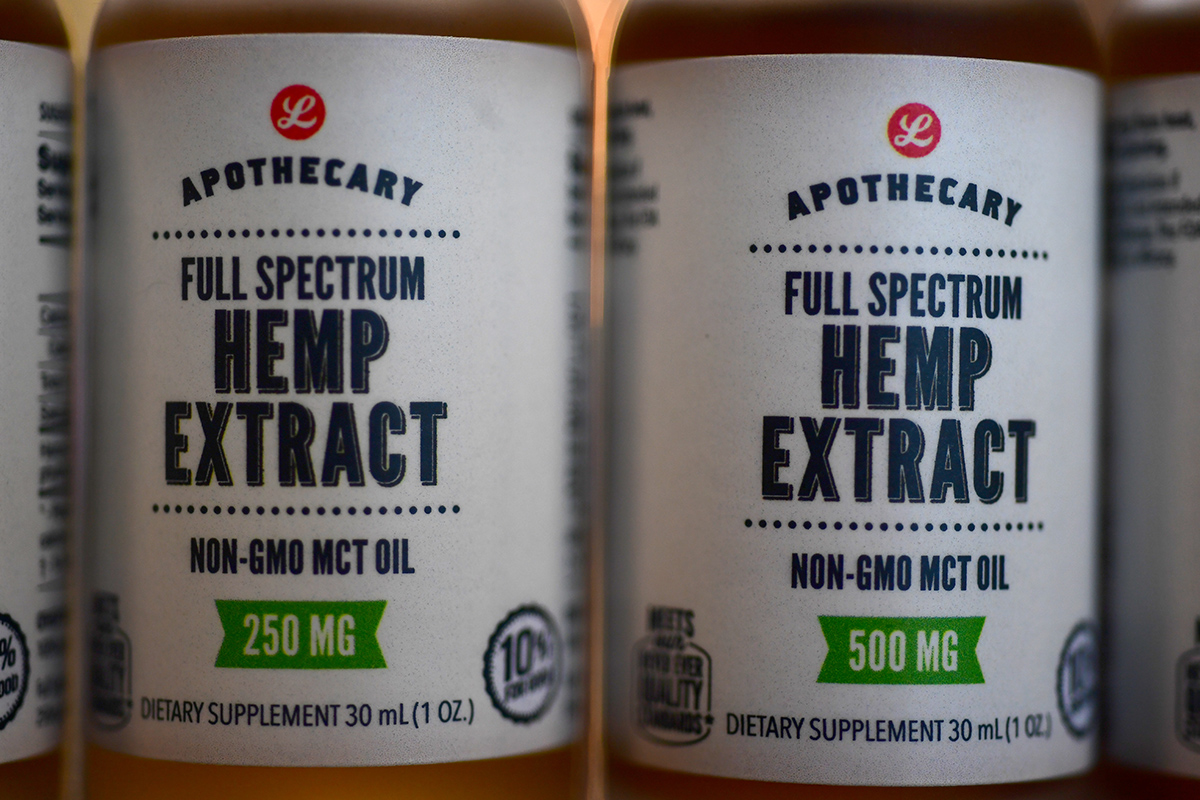 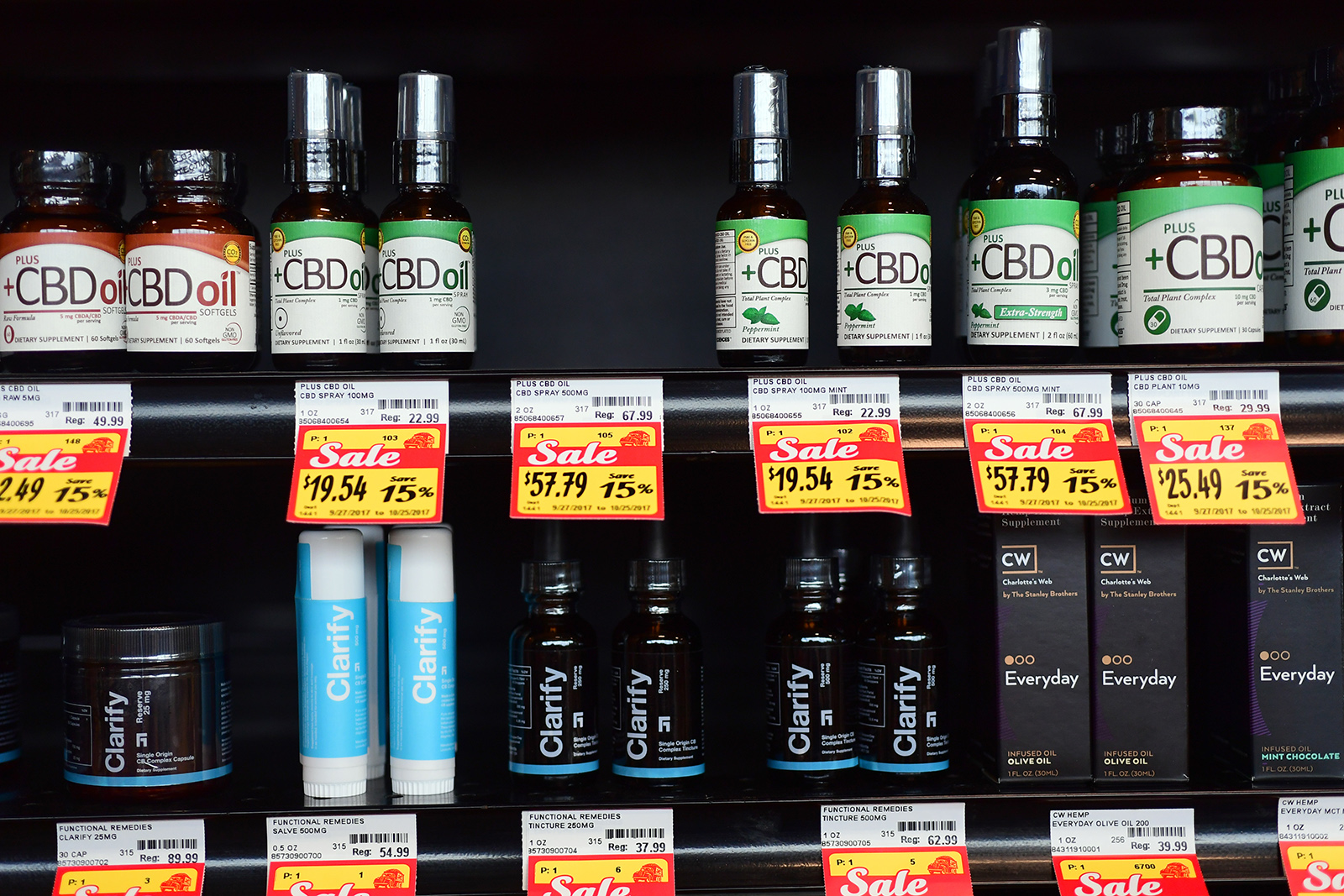 <
►
>
BOULDER, CO - Lucky's in-house wellness magazine displays hemp leaves and several stories on benefits of cannabidiol. With the legality of hemp-derived extracts put into question by some government entities, notably the DEA, Boulder's Lucky's Market has gone all-in with a line of hemp-derived extracts, and selling several other CBD-rich products across its 25 stores. (Photo by Vince Chandler / The Denver Post)