The Cannabist’s special report “CBD, TBD” explores the issues with CBD — federal-state conflicts, national drug policy, pioneering research efforts and the paths toward the compound’s full legalization. This is the second installment in an ongoing series.

Paige Figi continues to trumpet the medicinal benefits and potential of cannabidiol.

“It was her golden ticket,” Paige Figi said of the CBD oil that has since been branded Charlotte’s Web.

Figi doesn’t know if the hemp-derived extracts that have stabilized her daughter’s health for more than five years would do the same for those suffering from epilepsy and other ailments.

But she thinks people deserve the opportunity to find out for themselves.

Now Figi, founder and executive director of the Coalition for Access Now, a national nonprofit organization that lobbies on behalf of hemp and CBD legalization, has thrown her weight behind efforts in Congress to remove CBD — and plants rich in cannabidiol and low in intoxicating THC — from the definition of marijuana in the Controlled Substances Act (CSA).

The Republican-sponsored legislation is the “quick fix” patients deserve, she said.

“These people have a case”

Earlier this spring, GOP lawmakers Sen. Cory Gardner of Colorado and Rep. Scott Perry of Pennsylvania revived a bicameral push from the 2015-16 congressional session that would remove CBD and “cannabidiol-rich plants” — defined as any parts of the Cannabis sativa L. plant with a delta-9 tetrahydrocannabinol (THC) concentration of not more than 0.3 percent — from the definition of marijuana in the CSA.

In short, the bills would allow unfettered access to develop and research CBD extracts.

Both legislators told The Cannabist that they were spurred to craft their respective bills after meeting with constituents who shared their personal experiences using the CBD oil to reduce instances of seizures.

“When you hear from families that they could treat their child with this natural product … that’s life-changing,” Gardner said.

Similar stories from families in Pennsylvania prompted a change of heart in Perry, who said he previously was a staunch opponent of anything remotely having to do with marijuana legalization.

Perry talked with patients who use CBD, he dove into existing research into cannabinoids and even discussed CBD with the founders of Colorado-based CW Hemp, the company that makes Charlotte’s Web.

“It seems to me that these people have a case, and I can’t see any reason not to be a supporter,” he said.

The Pennsylvania congressman said he’s not interested in waiting 10 to 15 years for CBD to clear U.S. Food and Drug Administration approvals, noting that this legislation could present a faster track to research.

If CBD were to be reclassified in the federal drug schedule, that should occur by the hands of the Food and Drug Administration’s eight-factor analysis, he said.

“To do so by sweeping legislation, doesn’t make sense,” Sabet said.

Sabet’s organization does not yet have a position on the Cannabidiol Research Expansion Act (SB 1276) introduced last month by Sen. Dianne Feinstein, D-California, and Sen. Chuck Grassley, R-Iowa.

The Feinstein-Grassley bill’s provisions include: requiring the attorney general to determine whether CBD should be listed as a controlled substance; allowing the possession of non-psychoactive components of marijuana solely for epilepsy treatment; allowing research on CBD to be conducted using a Schedule II registration; and creating a pathway for the commercial production of FDA-approved, marijuana-derived medications.

Feinstein and Grassley could not be reached for comment.

“As a rule, as a matter of principal, SAM does not oppose the development of CBD into a proper, FDA-approved medication,” Sabet said. “What we do oppose are efforts to circumvent the scientific process.”

Domestic producers of CBD oil, frequently described and labeled as “hemp extract,” have built an industry on the foundation of a 2004 9th U.S. Circuit Court of Appeals ruling on hemp foods that exempted parts of the cannabis plant — the stalk, fiber, sterilized seed and seed oil — from marijuana’s Schedule I status in the Controlled Substances Act.

Hemp industry advocates argue that an amendment in the Agricultural Act of 2014, a.k.a. the Farm Bill, allowing states to create pilot programs for growing industrial hemp, further extracted hemp from the Controlled Substances Act.

Bottles of CBD oil can be bought online with the click of a button, and dozens of states have adopted laws that allow doctors to recommend CBD-rich extracts for certain ailments.

But DEA officials have said in recent months that CBD and other marijuana extracts always have been — and will remain — illegal.

In March, the agency released a clarification on its stance and final rule notice for a new code for marijuana extracts. The DEA statement specifically addressed CBD substances made from products exempted from the Controlled Substances Act, notably hemp.

DEA officials also were quick to note that they believe scientific literature showing, “it is not practical to produce extracts that contain more than trace amounts of cannabinoids using only the parts of the cannabis plant that are excluded from the CSA definition of marijuana.”

Additionally, the agency left the door open for further legal interpretation with a footnote on hemp-derived substances:

“No matter what the ‘Farm Bill’ says, and (no matter) what people believe the law is … (CBD) is in a very gray area,” Figi said.

She wasn’t surprised to learn that a state-run facility in New York for people requiring long-term care had barred doctor-recommended CBD oil from being administered to an epilepsy patient. There also have been reports of CBD products being seized from store shelves in multiple states.

Some organizations and institutions remain bound by the Controlled Substances Act, even in states like New York where medical marijuana is legal, Figi said.

The current patchwork quilt of state laws and amendments to federal omnibus legislation have allowed limited access to CBD, she said, but they also created a perception of success that is detrimental to the greater cause of national legalization.

“People have moved on from CBD,” she said. “They clamored for access and now that they have it … they’re moving on to (advocate for) medical marijuana and recreational marijuana.” 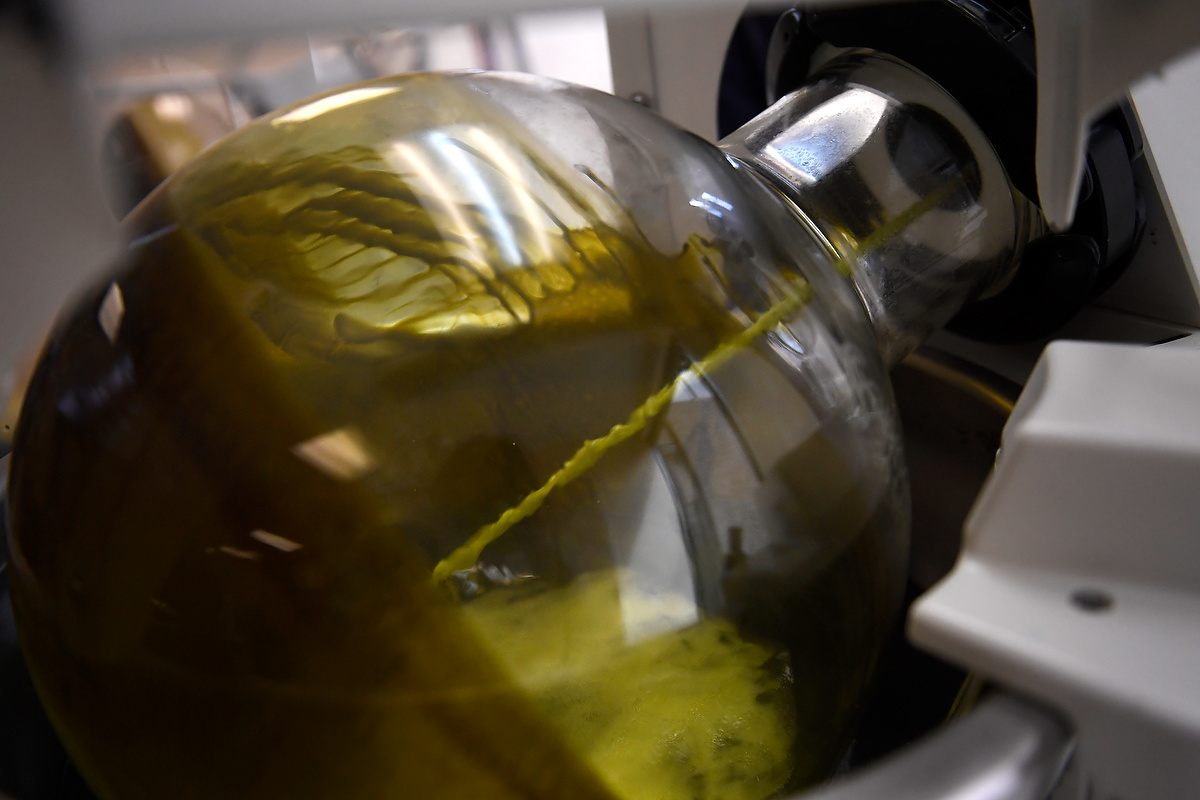 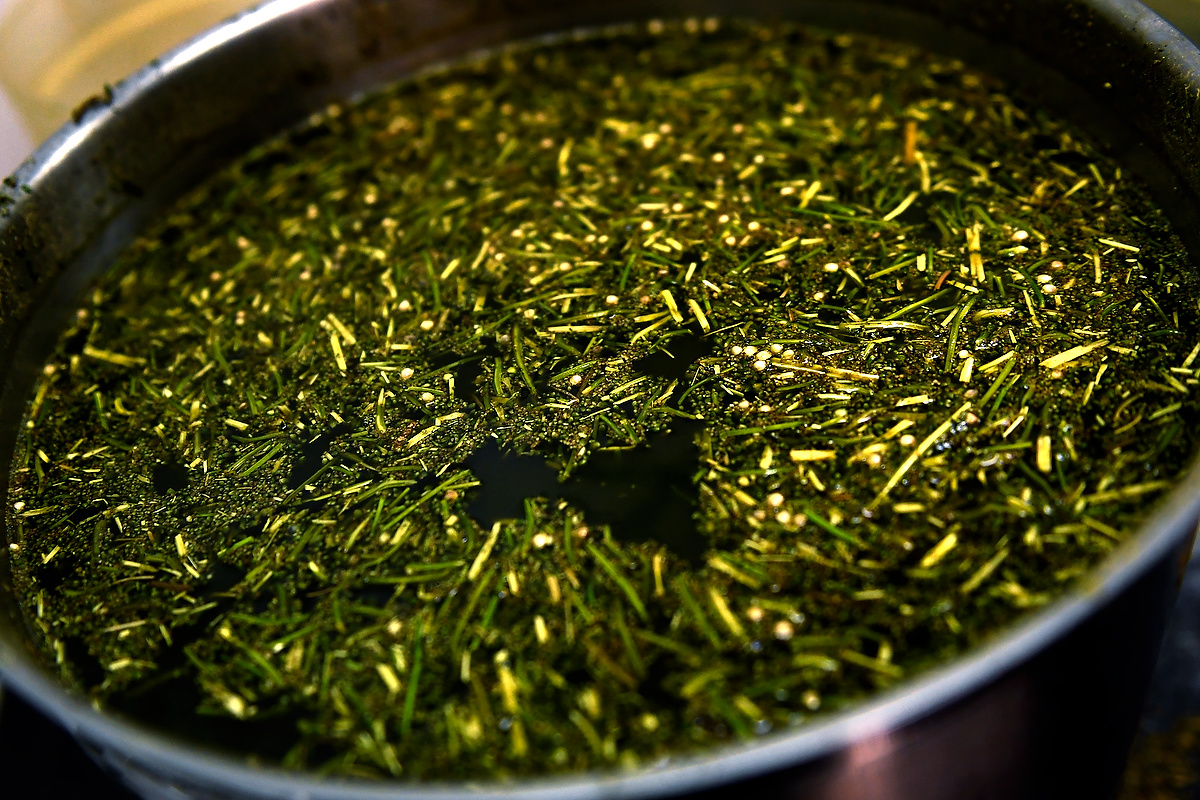 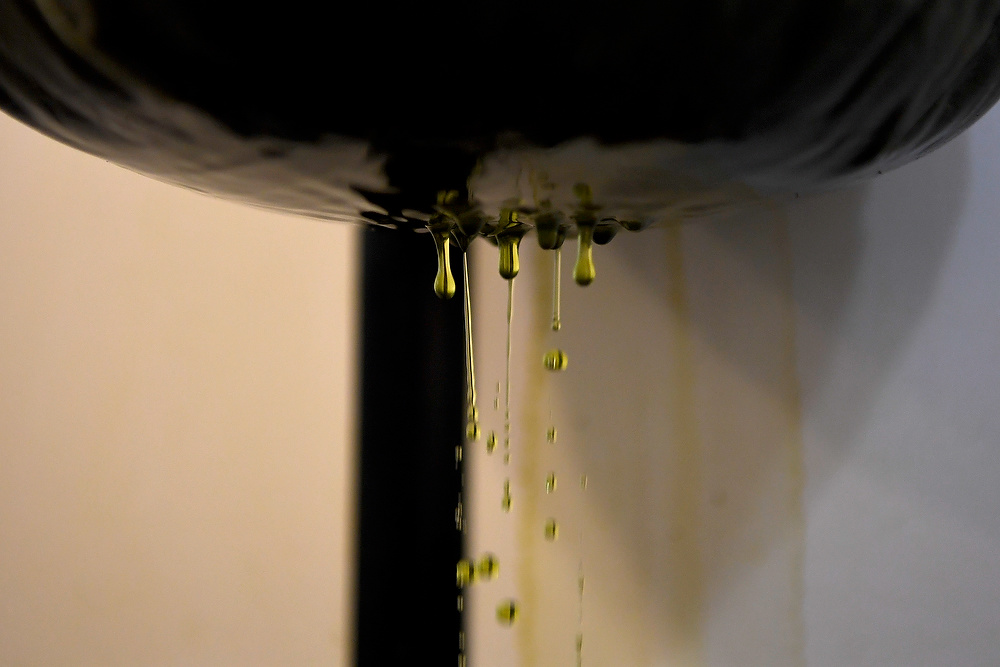 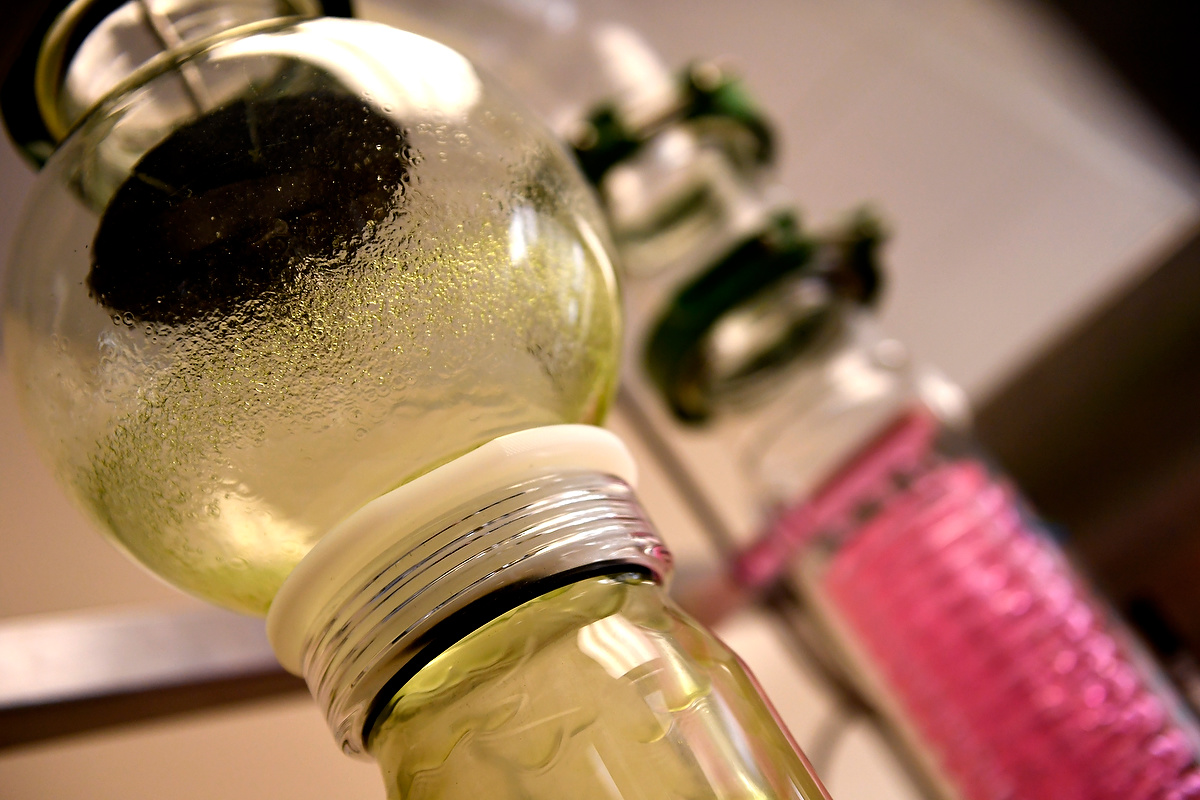 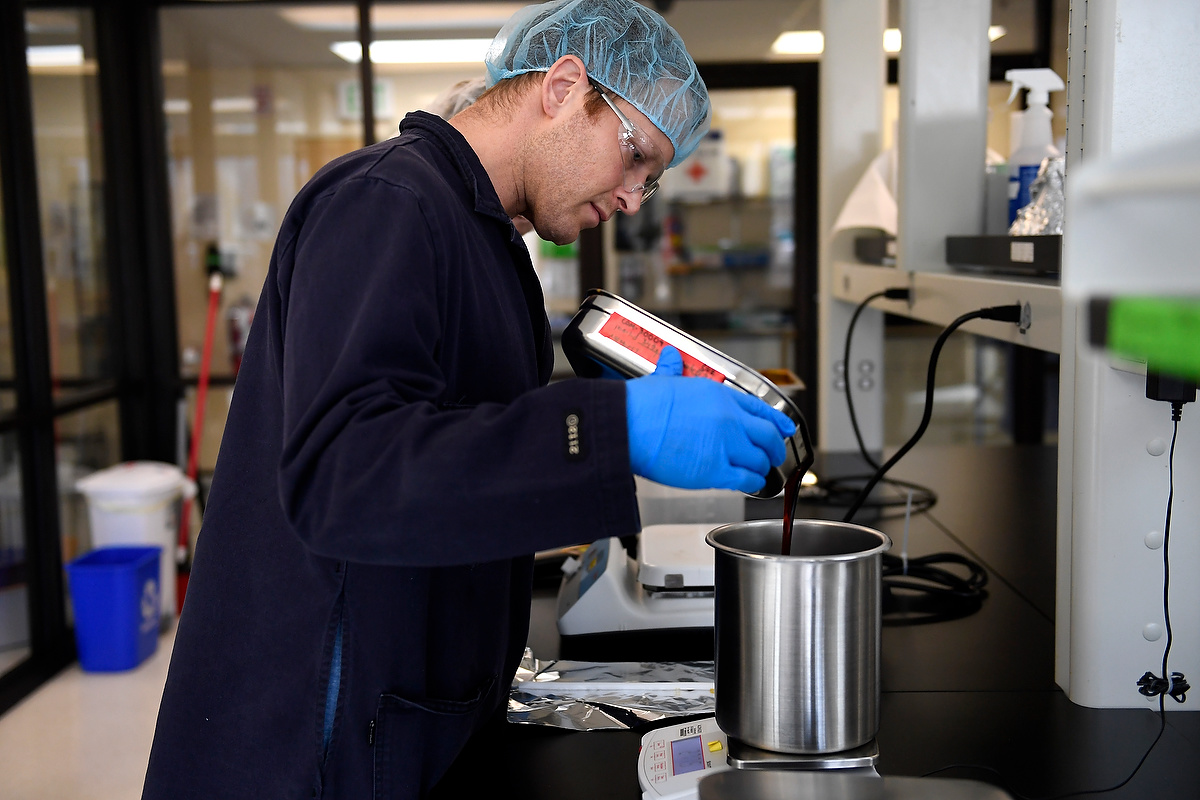 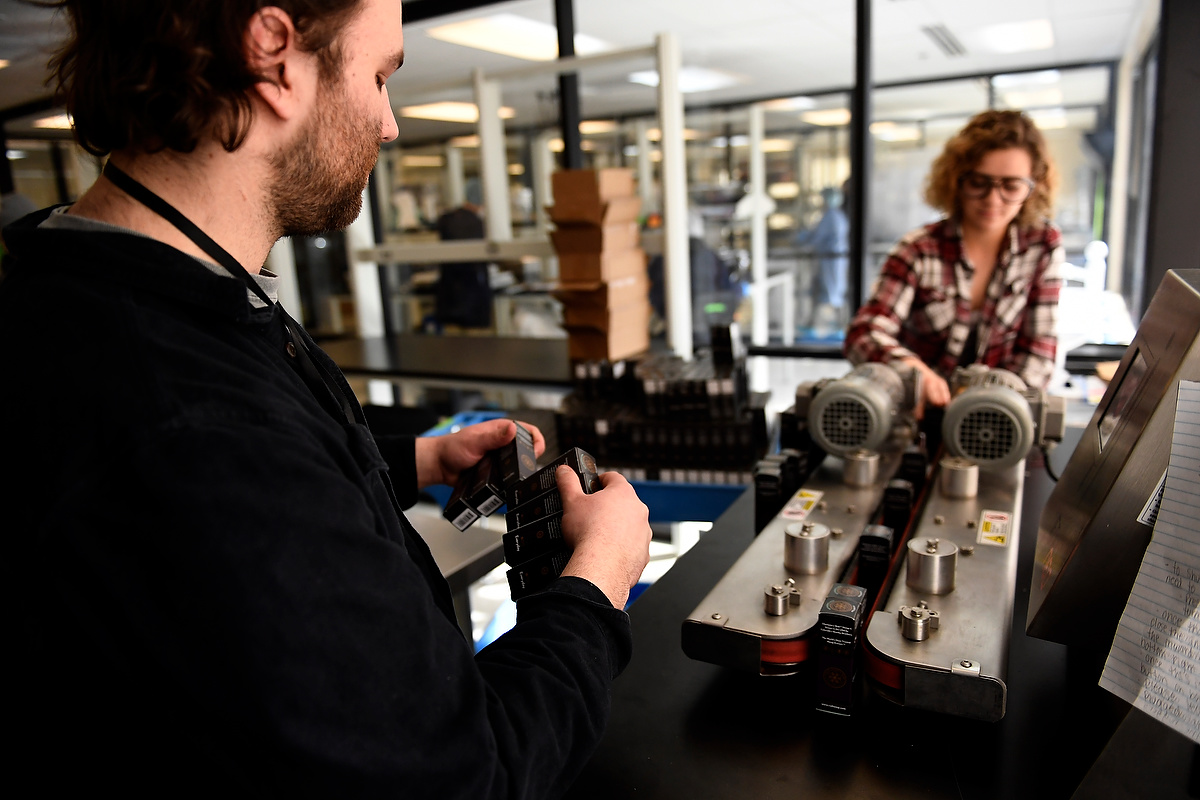 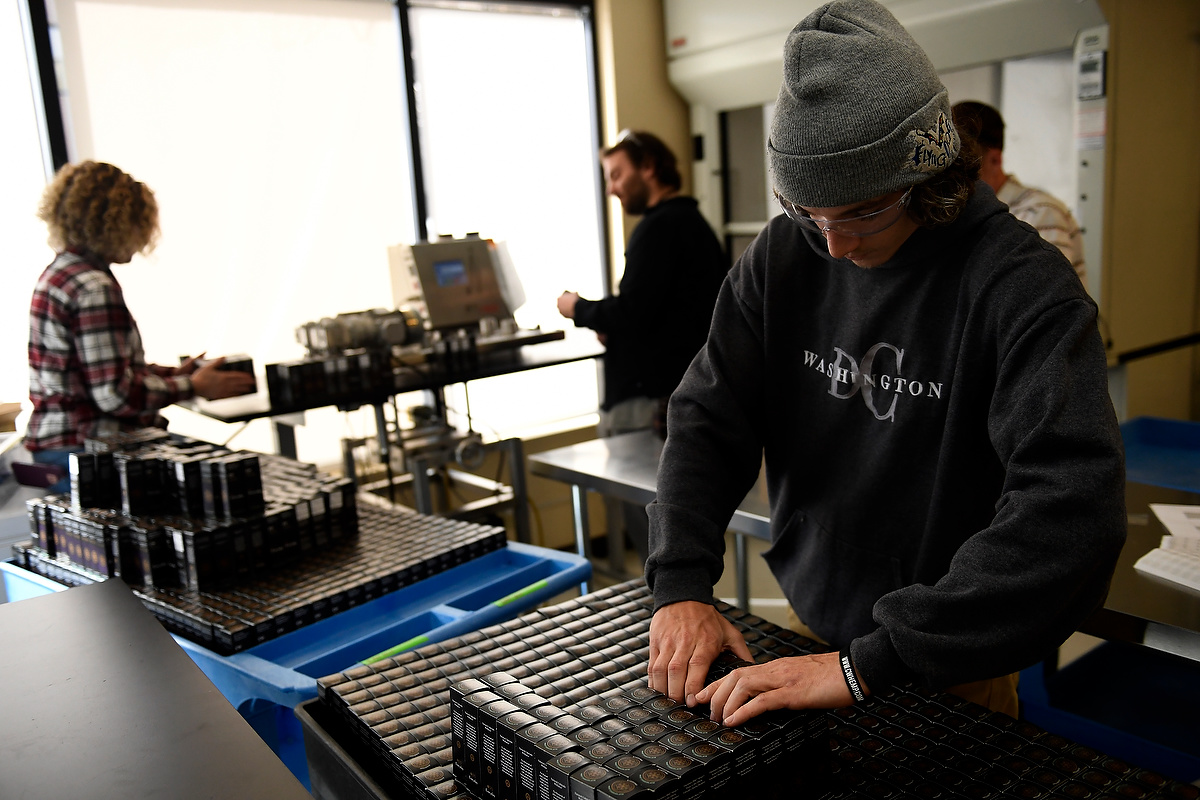 <
►
>
Solvent drips from a sack of hemp during the early stages of extraction of cannabinoids, including CBD, at a CW Hemp facility in Boulder, Colorado. CBD is touted for its medical promise but faces an uncertain future that may be decided in the federal courts. (Photo by AAron Ontiveroz/The Denver Post)