SAN FRANCISCO — Dennis Peron, an activist who was among the first people to argue for the benefits of marijuana for AIDS patients and helped legalize medical pot in California, died Saturday at 72.

The San Francisco Chronicle reported that Peron died in a hospital in the city.

Peron was a driving force behind a San Francisco ordinance allowing medical marijuana — a move that later aided the 1996 passage of Proposition 215 that legalized medical use in the entire state.

He argued for the benefits of medicinal marijuana for AIDS patients as the health crisis overtook San Francisco. The Chronicle said the epidemic took his partner, Jonathan West, in 1990.

San Francisco’s Board of Supervisors recognized Peron, suffering with late-stage lung cancer, with a certificate of honor last year.

“The father of medical marijuana,” one supervisor called him in the meeting.

“I came to San Francisco to find love and to change the world,” Peron said in reply. “I found love, only to lose him through AIDS. We changed the world.”

A Vietnam War veteran, Peron spent some of his last years on a farm in Lake County, growing and giving away medical marijuana.

Dennis Peron wrote in his 2012 book, “Memoirs of Dennis Peron,” that he was just a “gay kid from Long Island who joined the Air Force to get away from home.”

The Chronicle said he then moved to a commune in San Francisco where he befriended Supervisor Harvey Milk and began selling marijuana.

In 1991, Peron founded the first public cannabis dispensary in the country during the height of the U.S. drug war.

He and a friend distributed pot to AIDS patients, got busted several times and was shot in the leg by a police officer, the newspaper said.

The pot club served 9,000 clients before it was closed by a judge.

“The city and the country has lost a cannabis leader who lived life on the edge,” Terrance Alan, a member of the city’s Cannabis Commission, told the Chronicle, “He lived his whole life on the edge, and that’s what allowed us to lead in cannabis.” 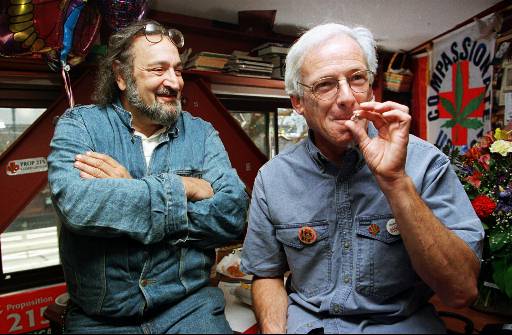 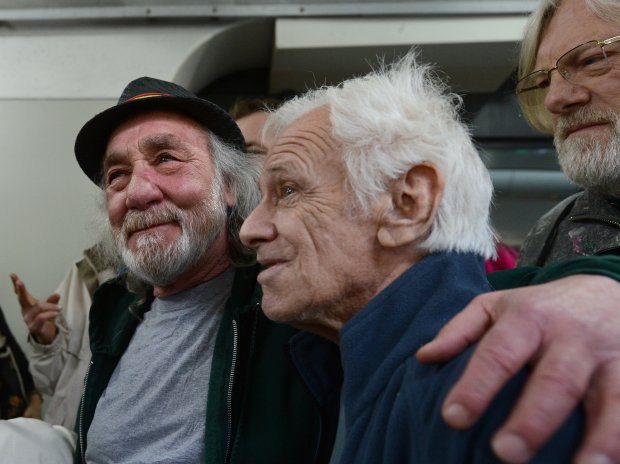 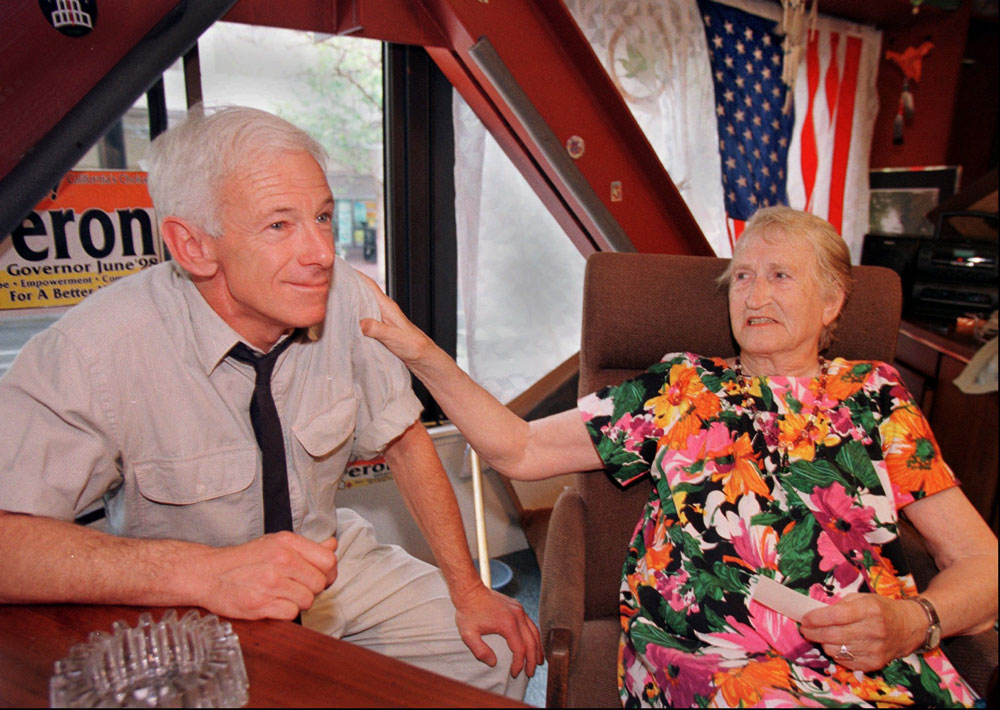 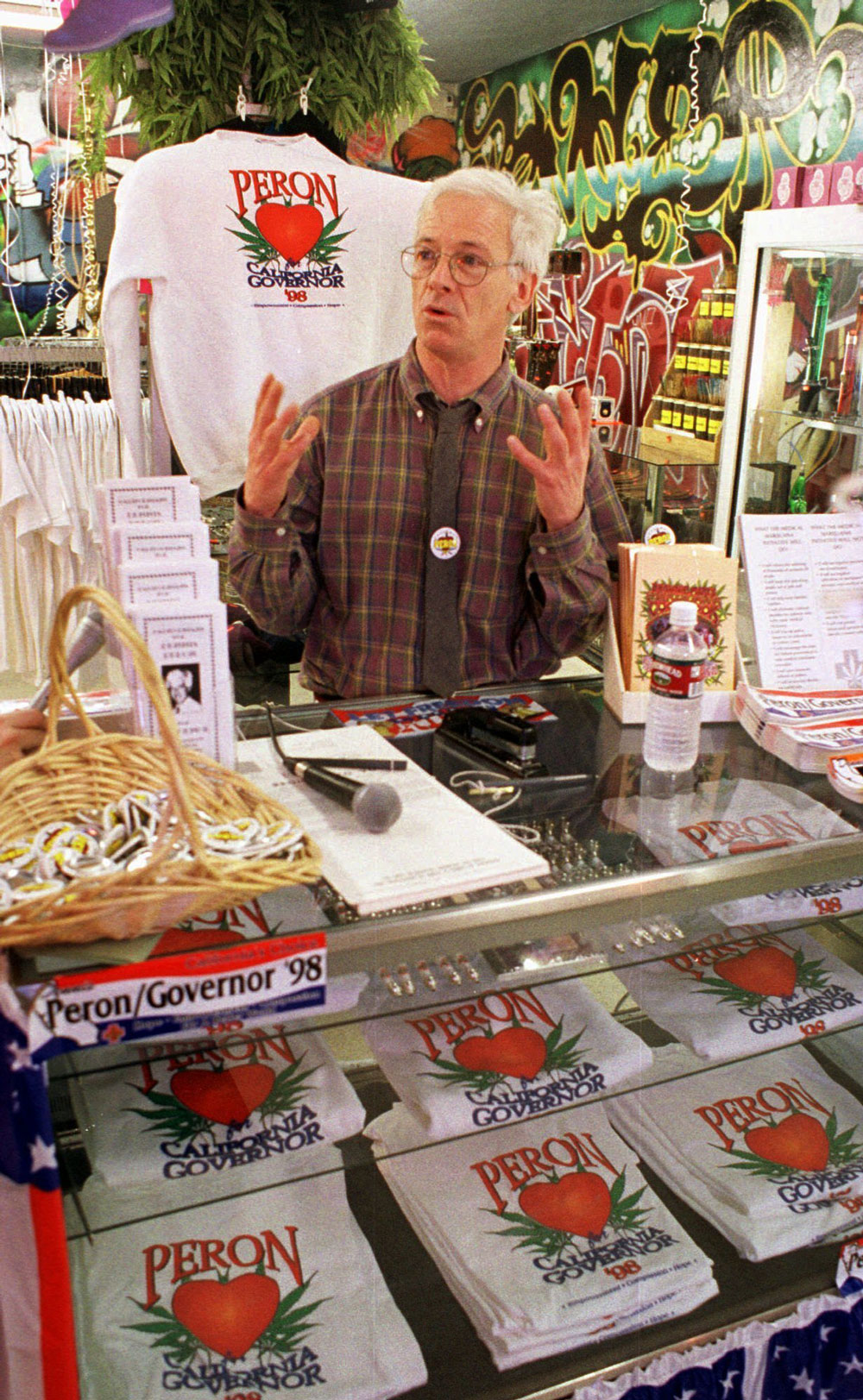 <
►
>
In this April 21, 1998 file photo, Director Hazel Rodgers, right, of the newly formed San Francisco Cannabis Healing Center, places her hand on Dennis Peron, founder of the Cannabis Cultivators' Club and gubernatorial candidate, in San Francisco. Peron, an activist who was among the first people to argue for the benefits of marijuana for AIDS patients and helped legalize medical pot in California, died Saturday, Jan. 27, 2018, at 72. The San Francisco Chronicle reported that Peron died in a hospital in the city. (Ben Margot, Associated Press)