LAS VEGAS — More than 100 people were in line at one Las Vegas-area dispensary Saturday morning as Nevada became the latest state in the U.S. with stores selling marijuana for recreational purposes.

Kristin Deneal got in line outside the pot shop at 5:45 a.m., after a different store that opened at midnight closed before she could make a purchase. She brought a folding chair and sat by the door, striking conversations with the security guard and others as the line continued to grow before doors opened at 9 a.m.

Deneal, a Las Vegas resident, said she is elated at being able to legally buy the drug that for decades she has had to buy through acquaintances. She said smoking marijuana helps her cope with health conditions while also working a stressful job at a bank.

“It looks like they have enough stuff for everyone, it’s just a question of getting through the door,” she said.

State Sen. Tick Segerblom, one of the main proponents of marijuana legalization in Nevada, made the first purchase at The Source dispensary at a strip mall. Deneal and others followed.

Recreational marijuana sales began shortly after midnight, just months after voters approved legalization in November, marking the fastest turnaround from the ballot box to retail sales in the country.

Hundreds of people lined up at Essence Cannabis Dispensary on the Las Vegas Strip. People were excited and well-behaved as a lone security guard looked on. A valet was available to park cars for the customers.

A cheer erupted when the doors opened.

Those 21 and older with a valid ID can buy up to an ounce of pot. Tourists are expected to make nearly two of every three recreational pot purchases in Nevada, but people can only use the drug in a private home.

And driving under the influence of marijuana is still illegal.

Despite the limits on where people can get high and restrictions on where the industry can advertise, dispensaries worked furiously to prepare for the launch. They stamped labels on pot products, stocked up their shelves, added security and checkout stations, and announced specials.

“It would be a good problem to have if I couldn’t meet my demand,” said CEO Armen Yemenidjian, whose Desert Grown Farms owns the only dispensary that is selling recreational pot on the Las Vegas Strip, across the street from the Stratosphere hotel.

Some dispensaries took to social media to spread the word or tried to draw in buyers with special events. Some planned to give away free marijuana to their first 100 customers or throw parties with barbecues and food trucks later in the afternoon.

Some facilities are in strip malls, while others, in stereotypical Las Vegas fashion, are in neighborhoods shared by strip clubs.

Deneal, 57, said she has a bipolar disorder and a bad neck. She said she never got a medical card for fear of a federal crackdown on those who provided their information to obtain it.

And now, she said, she no longer has to fear potentially being arrested for possessing marijuana. 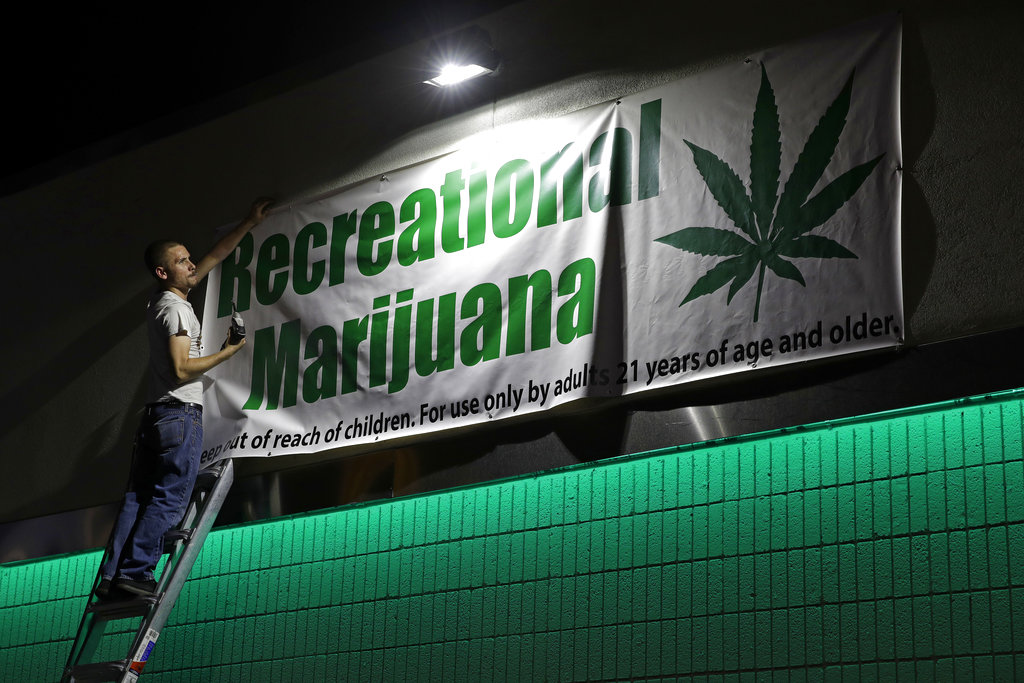 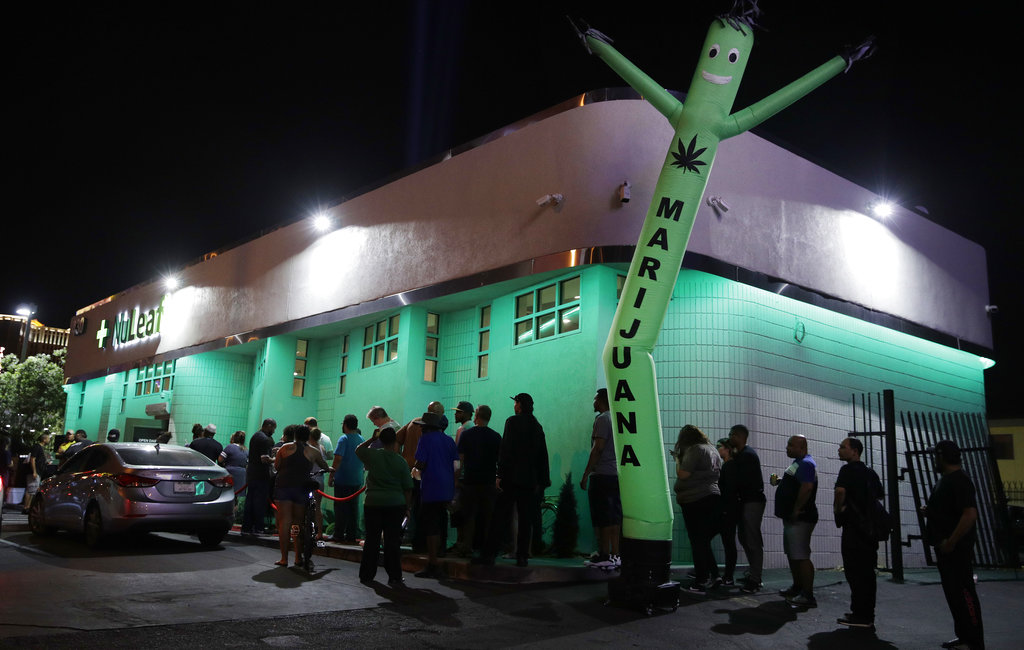 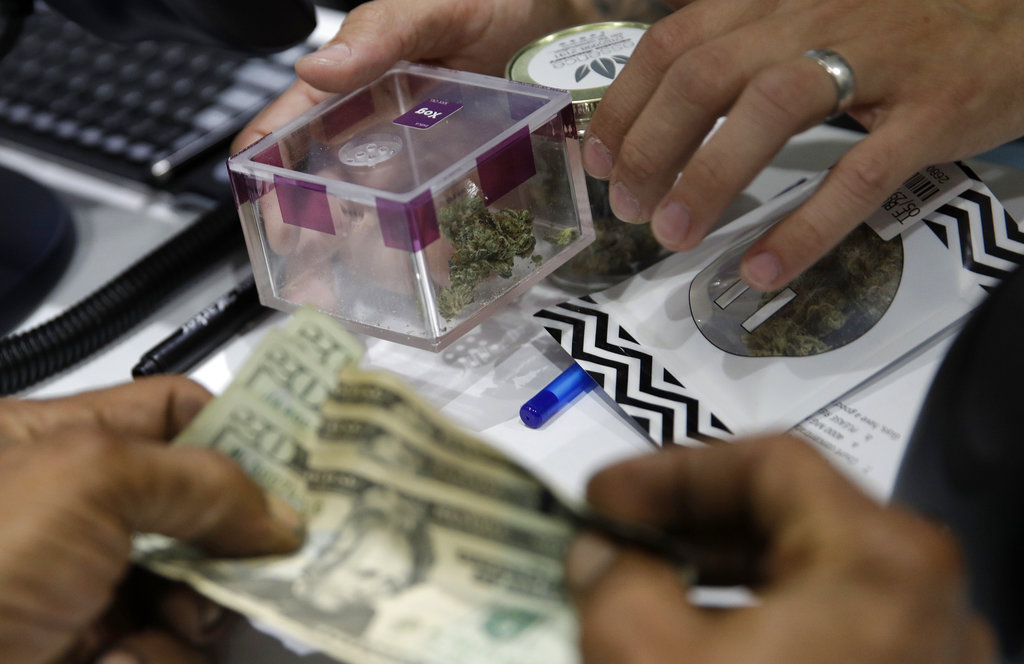 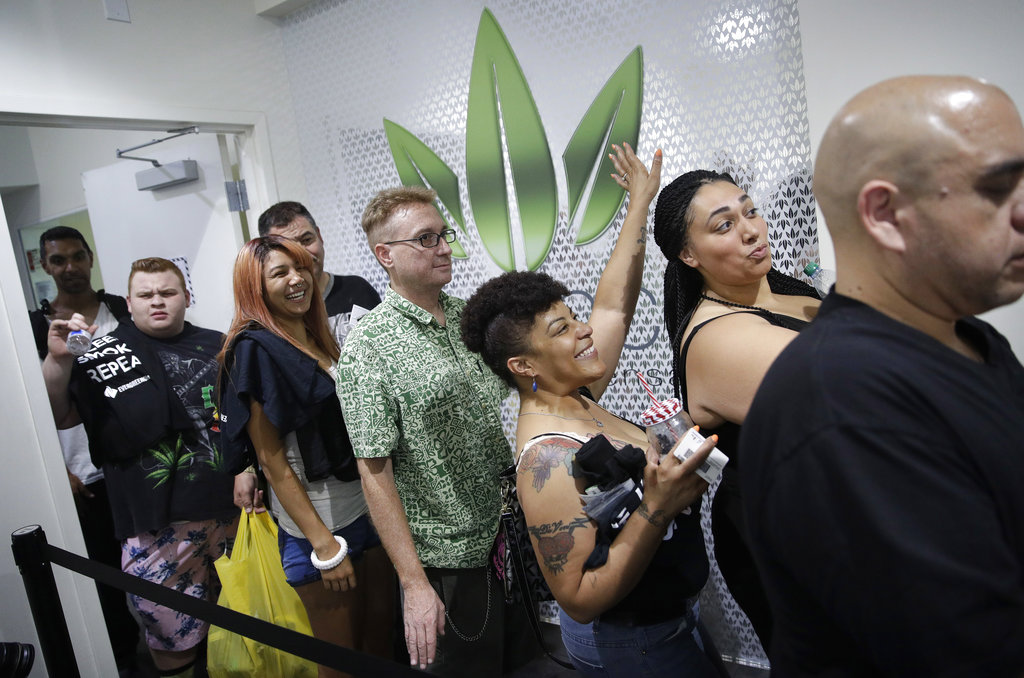 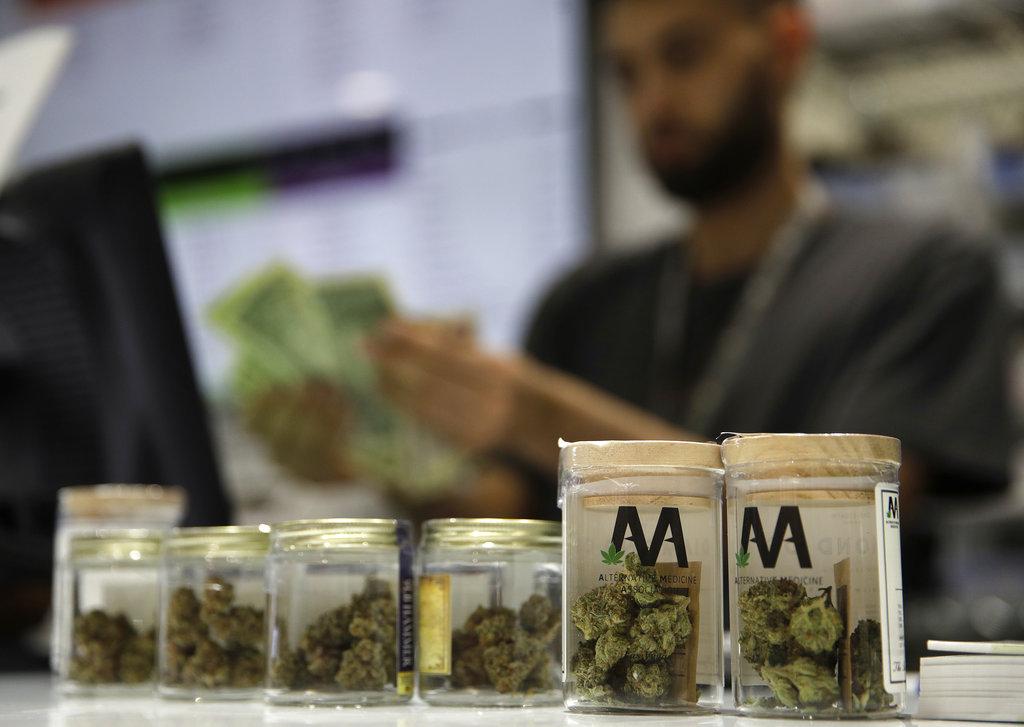 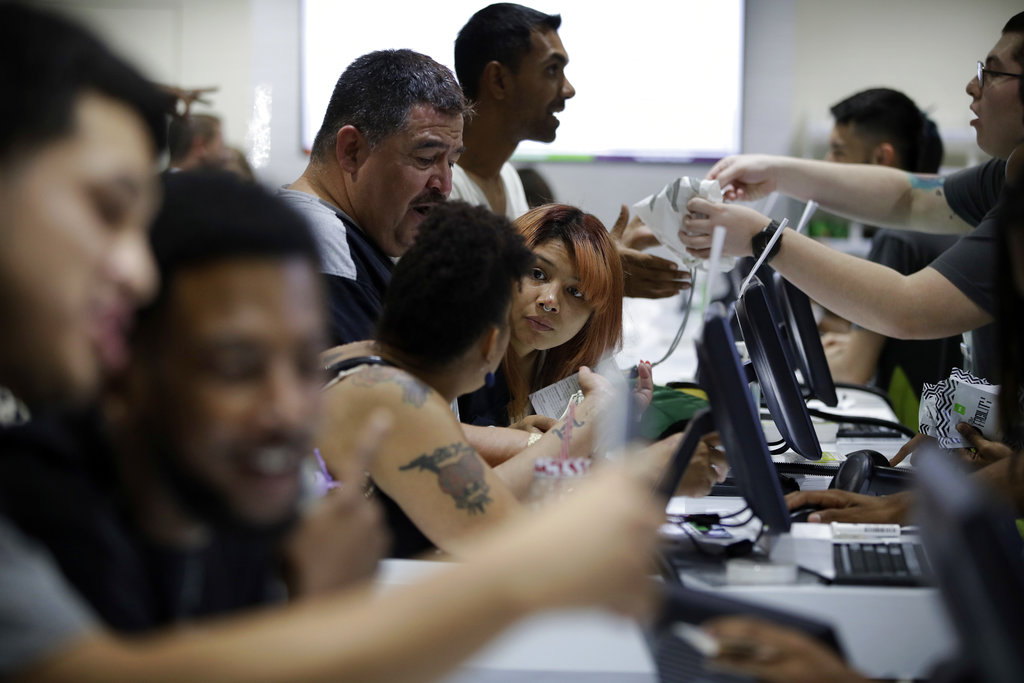 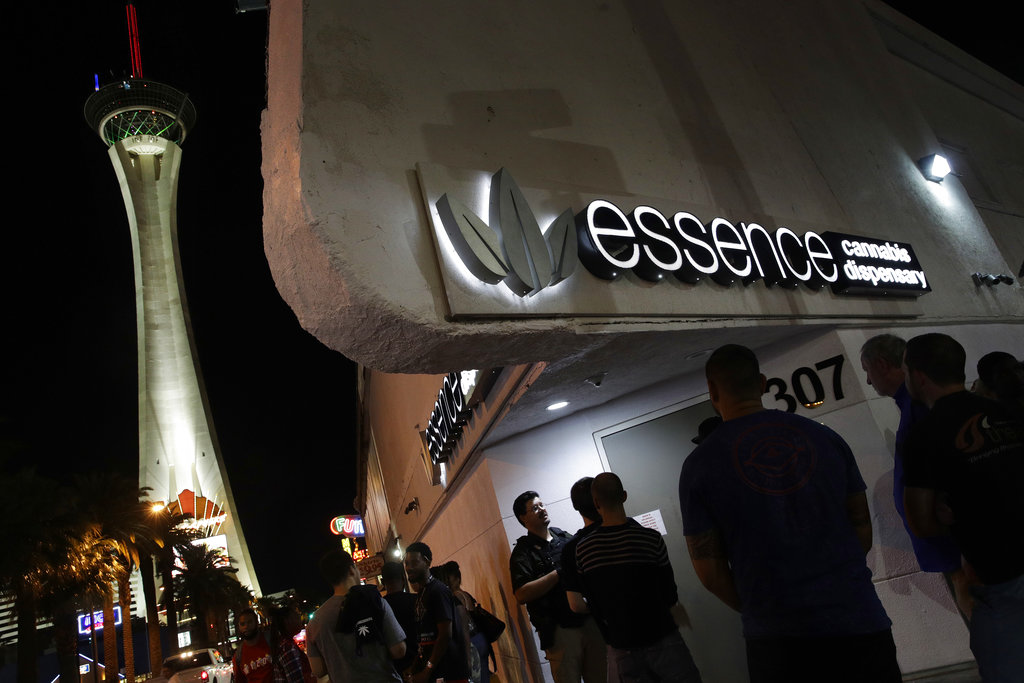 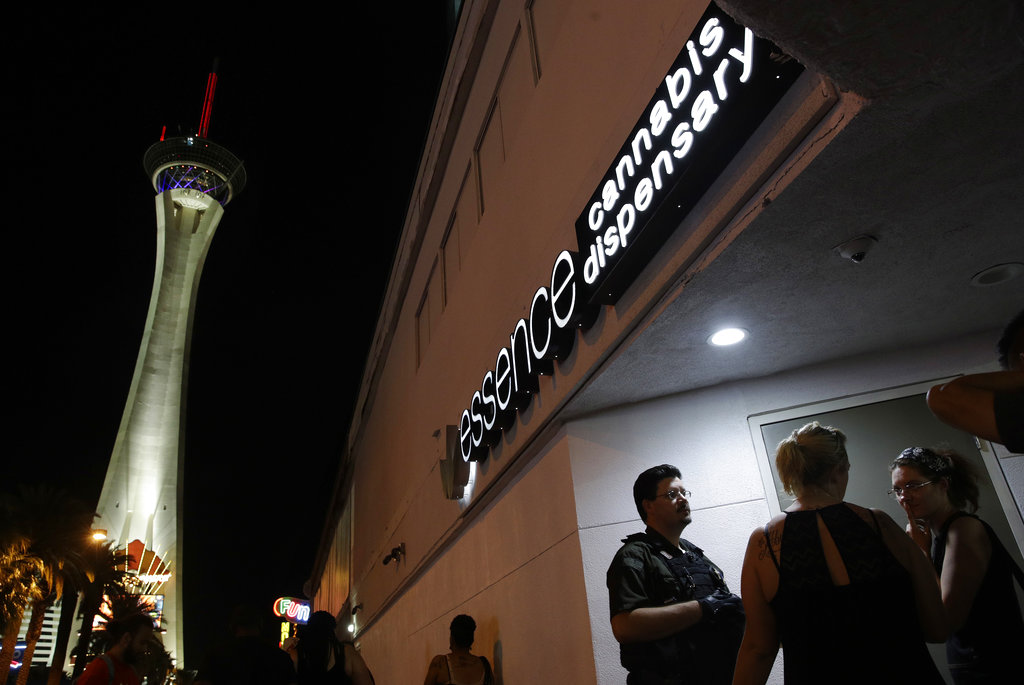 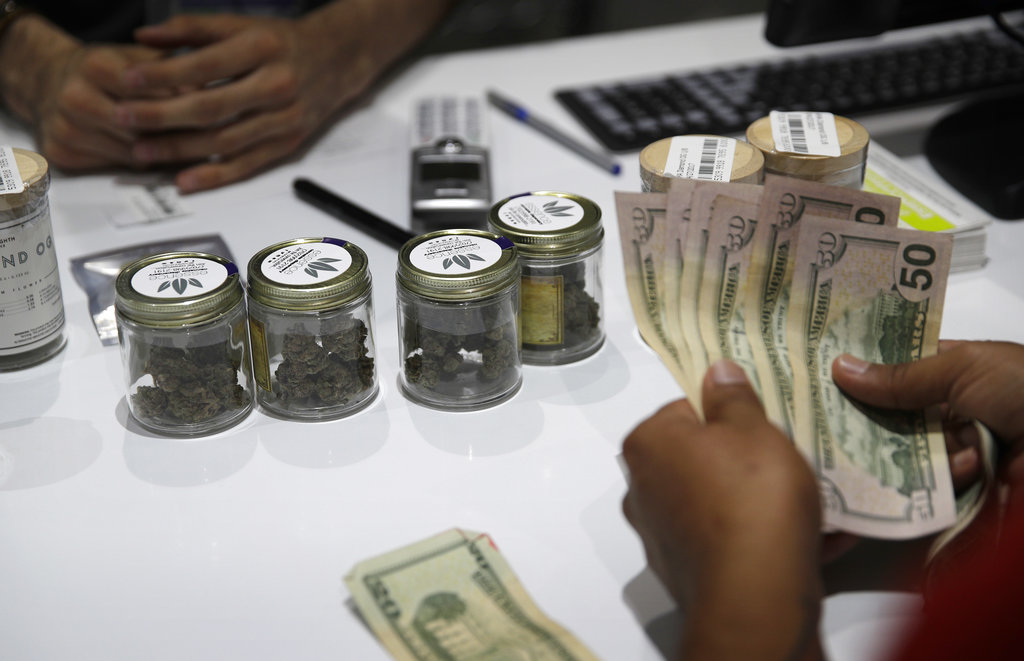 Follow Regina Garcia Cano on Twitter at @reginagarciakNO. More of her work can be found on AP.