LAS VEGAS — At a nondescript building near the Las Vegas Strip, workers in scrubs, hair nets and surgical masks furiously attached labels to sealed jars as others checked on growing marijuana plants or carefully weighed buds.

The frenzied activity is focused on one goal: Getting dispensaries ready to start selling recreational marijuana Saturday in Nevada, largely to tourists.

The company that owns the indoor cultivation facility and three dispensaries in the Las Vegas area has been gearing up since voters approved legal pot in November. Desert Grown Farms held job fairs, checked potential employees’ backgrounds and hired about 60 additional workers. It also stocked up on product.

But preparing to pump enough pot into a market eventually expected to outpace any other legal pot state — at least until California starts its sales — and complying with last-minute regulations has been a task.

“I truly believe we’re ready,” said CEO Armen Yemenidjian, whose company owns the only dispensary that will sell recreational pot on the Las Vegas Strip this weekend. “It would be a good problem to have if I couldn’t meet my demand.”

Nevada will join Colorado, Oregon, Washington and Alaska in allowing those 21 and older to buy the drug.

It remains illegal to use the drug in public areas, including casinos, bars, restaurants, parks, convention centers and concert halls — places frequently visited by millions of tourists, who are expected to make nearly two of every three recreational pot purchases in Nevada. Violators face a $600 fine.

Plus, you can’t light up and drive.

“You can be on Percocet, Valium, meth, booze or marijuana, if you are found to be under the influence, you will go to jail,” Las Vegas Officer Larry Hadfield said.

Despite the limits on where people can get high, dispensaries poised to begin selling recreational pot have been adding extra security and additional checkout lines.

Some of the facilities are in strip malls, while others, in stereotypical Las Vegas fashion, are in neighborhoods shared by strip clubs. Some, including Yemenidjian’s Essence location on the Strip, have scheduled grand opening events at 12:01 a.m. and plan to give away free marijuana to the first 100 customers. 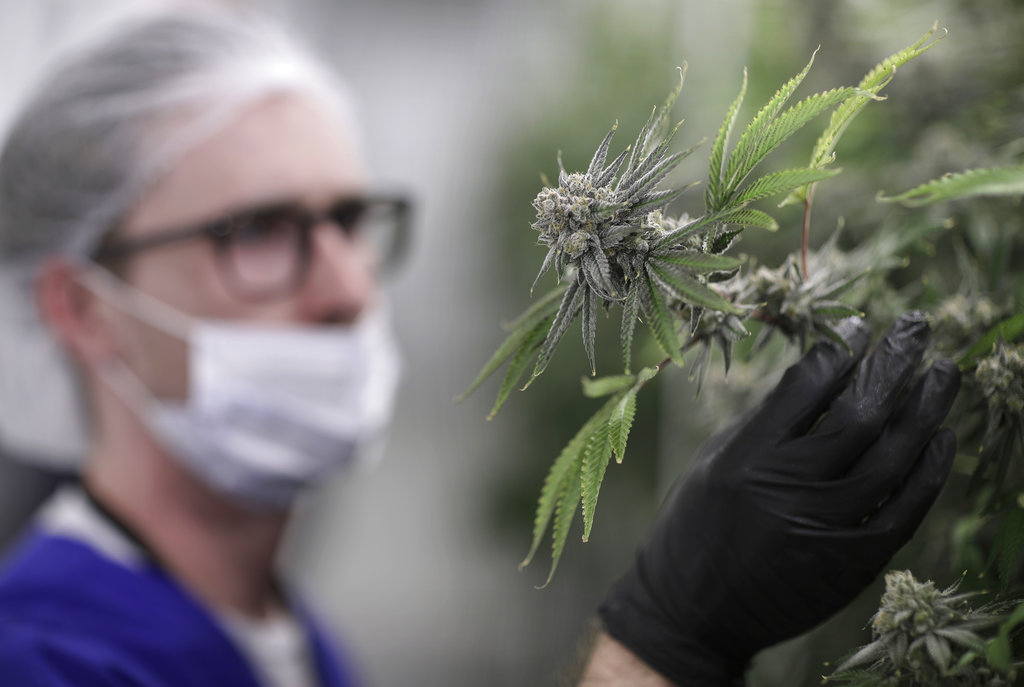 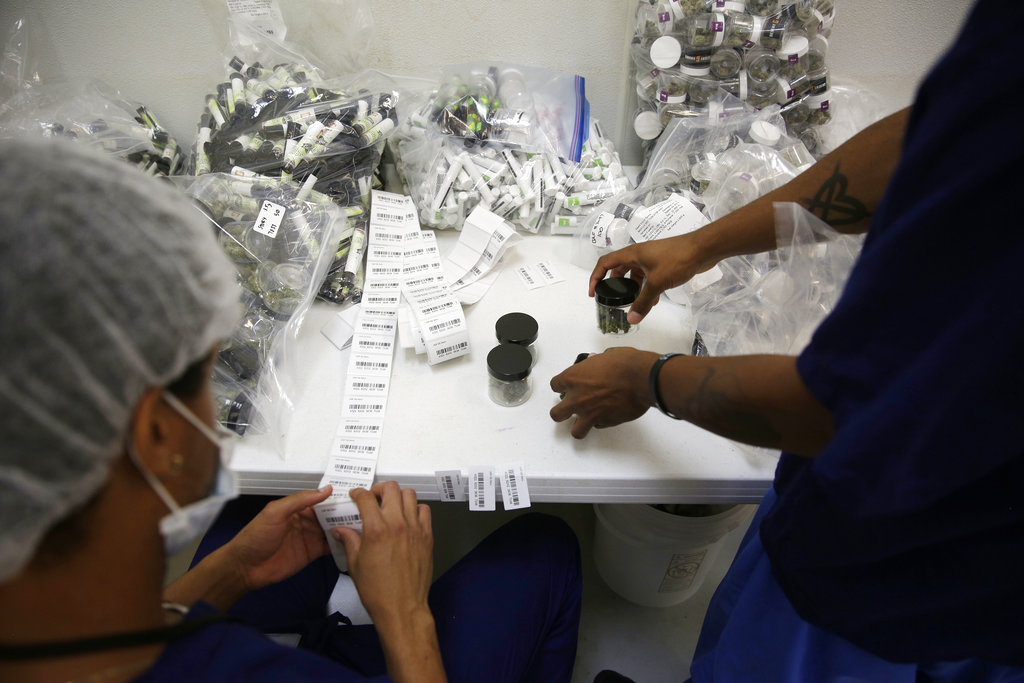 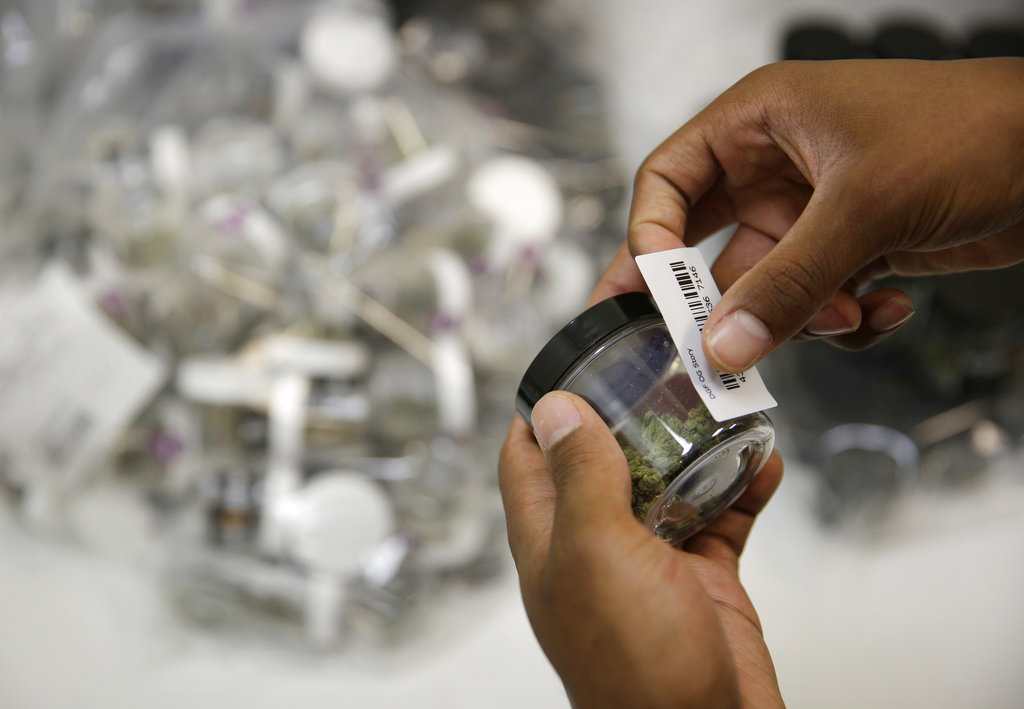 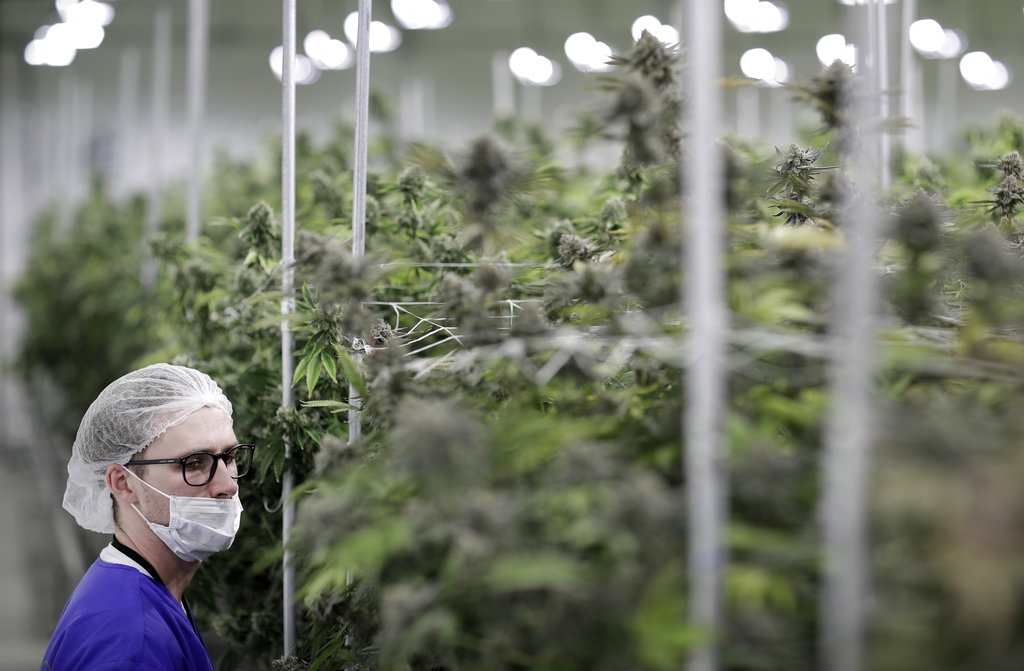 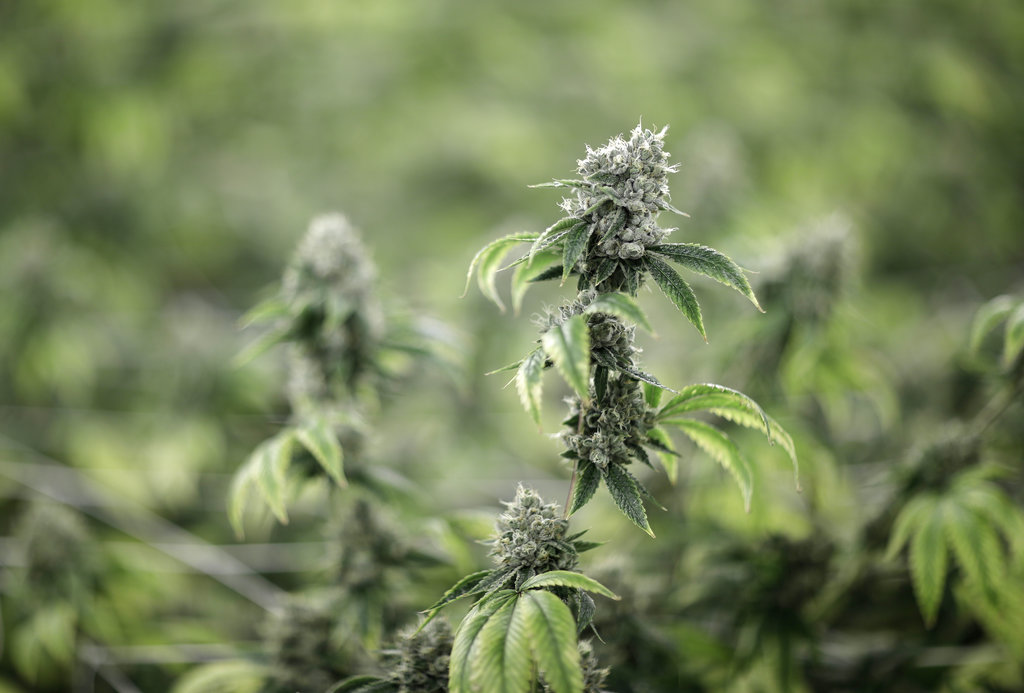 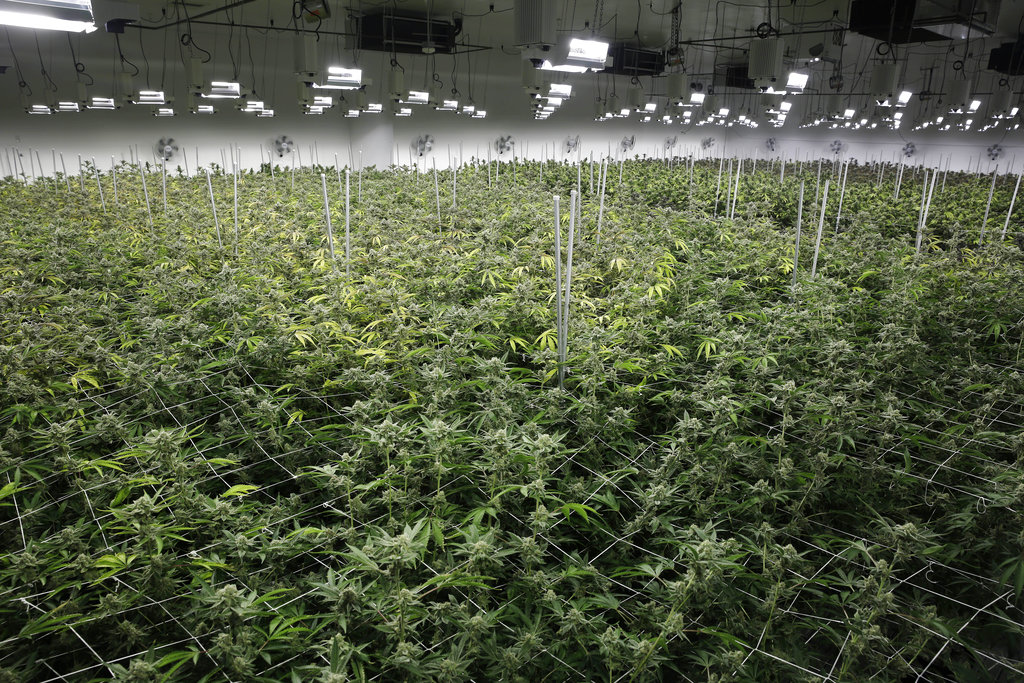 <
►
>
In this June 28, 2017, photo, Alessandro Cesario, the director of cultivation, looks at marijuana plants at the Desert Grown Farms cultivation facility in Las Vegas. Frenzied activity at these facilities have been focused on one goal: Getting ready for the start of recreational marijuana sales Saturday in Nevada. (John Locher, The Associated Press)

Customers who make a purchase Saturday at another dispensary, Euphoria Wellness, will be entered in a drawing to win one-eighth of an ounce of pot per week for a year. The company is running ads on radio stations and in magazines.

Others are taking to social media to spread the word, but no fliers are getting passed out outside casinos touting an industry still banned by the federal government.

Law enforcement officials have said pot buyers should educate themselves on Nevada’s pot laws, but the expectation that millions of tourists will Google the rules before buying weed is no given.

In Yemenidjian’s facility, a printer spewed barcodes nonstop Wednesday night and employees stuck them to plastic jars with one-eighth of an ounce of marijuana.

He said workers had to place additional stickers on some products after the state approved a set of stricter, child-safety-conscious regulations this week, requiring, among other things, that dispensaries include a disclaimer in all pot-infused edibles saying, “This is a marijuana product.”

Yemenidjian’s two Essence dispensaries that will sell recreational marijuana will feature signs about the public consumption ban and workers will remind customers. He has been preparing for a three-time increase in sales.

“But at the end of the day, we are not banking on anything,” he said. “We are still very nervous and waiting to see what’s going to happen on the first of July.”

Follow Regina Garcia Cano on Twitter at @reginagarciakNO. More of her work can be found on AP.