For the weed-loving community, photos of flowers, profiles of dispensaries and lists of upcoming cannabis events aren’t tough to track down on mainstream social media platforms.

But Facebook and other giants in the space have been known to abruptly shut down pages promoting cannabis. The Bay Area-based edibles giant Kiva Confections, for example, has repeatedly had their Instagram account banned, with no explanation as to how they might get back in the photo-sharing app’s good graces.

Then there’s the fact that even the most passionate consumers might not connect with their favorite cannabis company on LinkedIn or proudly Tweet out that rolling tray picture for fear their coworker or grandma will judge them.

That’s where this batch of social media platforms catering exclusively to cannabis enthusiasts and entrepreneurs comes into play.

Sites like MassRoots and Social High are giving stoners a place to easily – and often anonymously – connect with like-minded people.

There are sleek apps and clunky, insider forums. There are sites for patients with serious medical conditions and there are sites that are clearly just for fun. There are platforms geared toward professionals or travelers, photography lovers or those looking for love.

As with social media ventures (remember Friendster?) and technology companies at large, there are cannabis platforms such as WeedPals and WeAreBaked that have already become defunct since the trend first started taking off roughly three years ago.

And there aren’t weed-friendly alternatives to every mainstream platform. There’s no clear YouTube for stoners, for example – perhaps because that’s YouTube itself, since the site has always been quite friendly to cannabis consumers.

But new platforms seem to pop up every couple of months, with some picking up serious steam after the marijuana legalization movement’s success at the November ballot box.

Many weed platforms make new visitors first confirm they’re either a medical marijuana patient or at least 21 years old, which is the age of consent in the eight states that have passed recreational marijuana laws. And many sites are also location-sensitive, only allowing users to log on from states where marijuana is legal in some form.

From there, many of the sites function similarly to mainstream sites – though often with their own language. “Friends” are more commonly known as “buds” or “buddies.” Rather than Twitter’s “What happening?” prompt for new posts, MassRoots asks “What’s up bud…?” The traditional “feed” or “wall” is called a “WeedCast” on Social High. And status updates are called “dubys” on, of course, Duby.

Here’s a look at the growing world of cannabis social media platforms. And if your favorite is missing, please share it in the comments below.

Try Massroots: This slick platform can be accessed through a website or downloaded as a free app on mobile devices. It’s accessible to adults in legal weed states. And the Denver-based platform is probably the biggest in the industry, with around 1 million users (known as “buds”) who are prompted to share photos and videos along with a chosen cannabis strain or product. It also includes a searchable map of nearby dispensaries.

Try Duby: Billing itself as “your new smoke spot,” this free mobile app is also photo-based. It has other features familiar to Instagram fans, with lots of hashtags, “stories,” private messaging and a similar profile setup. But it’s unique in that it has a game-like twist. Users get scores (a bit like Klout or Foursquare) based on how active and popular their posts are, with people able to vote on each photo by clicking a logo that either lights up or puts out a joint.

Try Social High: This free app allows users to share text, photos or videos. It looks and functions similarly to Facebook, with “connect” and “message” buttons along the bottom. But it’s heavy on the pot puns. Along with commenting on or sharing a post, users can also either “puff,” which is the equivalent of a “like” on Facebook, or “pass,” which blocks that item from your “WeedCast.” The app also uses the dispensary mapping site Leafly to help members find and rate nearby strains.

Try WeedLife: This website allows users to either make a profile from scratch or log in by connecting to existing social media accounts, including Facebook and Twitter. They can then specify what type of user they are, from cannabis lovers to businesses. The site then functions much like Facebook, though it still has a MySpace feel to the presentation. It also has places for users to participate in Reddit-style forums and to form groups based on common careers, methods of consumption, etc.

Try Grasscity Forums: This platform launched in 2000 and is still going strong, now claiming more than 500,000 members and some 17 million posts. Grasscity is an online head shop, which also puts out a magazine. But a section of its website is devoted to forums, with threads on everything from “toking tools” to politics. There’s also a corresponding, easy-to-use, free mobile app.

Try 420 Magazine Forums: This is another forum site that’s well established, as a spinoff of the 24-year-old 420 Magazine. The site says they’ve had more than 2 million posts from some 183,000 members, with a huge section on medical marijuana plus threads devoted to cultivation, drug testing and more. And the forums carry over – in a different format – to the magazine’s mobile app.

Try High There!: One of the most popular platforms in the space is the free High There! app. It’s become known as a dating site, with the ability to dismiss or connect with users based on their photos and location. And the site claims a number of relationship success stories, sharing them through videos on their site. But High There! creators insist the app is also about connecting cannabis enthusiasts with similarly-minded friends, with a tagline “You’ve got more friends than you think.”

Try My420Mate: This mobile app and website is free to join. And it’s very clearly focused on helping singles connect with like-minded cannabis fans, with a slogan of “plant your seed and watch your love grow.” Like most dating sites, it features a personality test plus customizable profiles to help users find their match. And it claims to have nearly 500,000 members representing every state plus dozens of countries.

Try Hempdex: This free site is geared toward people who work in the legal marijuana industry. Like LinkedIn, it helps users connect with colleagues, clients and future business associates. But everyone here works with cannabis in some way, with members representing both the medical and recreational side of the industry. The website is a bit glitchy and the mobile site is under development, with promises that it’s coming soon.

Try Kalogia: Also for cannabis industry folks, this free site lets people post and view job openings plus share links or posts on topics of interest. And it has a solid list of resources for professionals, including a podcast, a forum and an overview of state cannabis laws. They have a solid mobile site and an industry directory, which costs $9.99 a year to join.

Try BudHubz: This platform is centered around a location-based map that lets “buddies” find marijuana-friendly accommodations, dispensaries, doctors and friends wherever they might be. Claiming the tagline of “the social weedia company,” BudHubz lets users note whether they’re looking to make a friend, travel, date, hookup, etc. It’s best for getting tips for exploring cities with legalized marijuana, such as Denver, Seattle, Portland or Amsterdam. The website and mobile site are solid, but the app appears to have been blocked on iTunes for the time being. 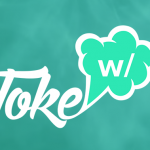 Try Toke With: This free mobile app lets users virtually toke with friends by live-streaming their smoke sesh. Much like Facebook Live or Periscope, viewers can interact as video of bong hits or dab sessions streams by asking questions about the strain and impact or clicking heart and smoke icons to show support. The year-old app’s No. 1 user, with more than 2,000 followers, is a woman known as “DabbingGranny.”

Bonus apps and sites to check out

This story was first published on TheCannifornian.com