SAN RAFAEL, Calif. (AP) — Friday is April 20, or 4/20. That’s the numerical code for marijuana’s high holiday, a celebration and homage to pot’s enduring and universal slang for smoking.

Festivities are planned worldwide, culminating with a synchronized smoke at 4:20 p.m. local time.

How the marijuana-loving world came to mark the occasion is believed traceable to five Northern California men now in their 60s with bad backs and graying hair. They are the unofficial grandmasters by virtue of the code they created nearly 50 years ago as students at a suburban San Francisco high school in 1971.

“We thought it was a joke then,” said David Reddix, a filmmaker and retired CNN cameraman. “We still do.” 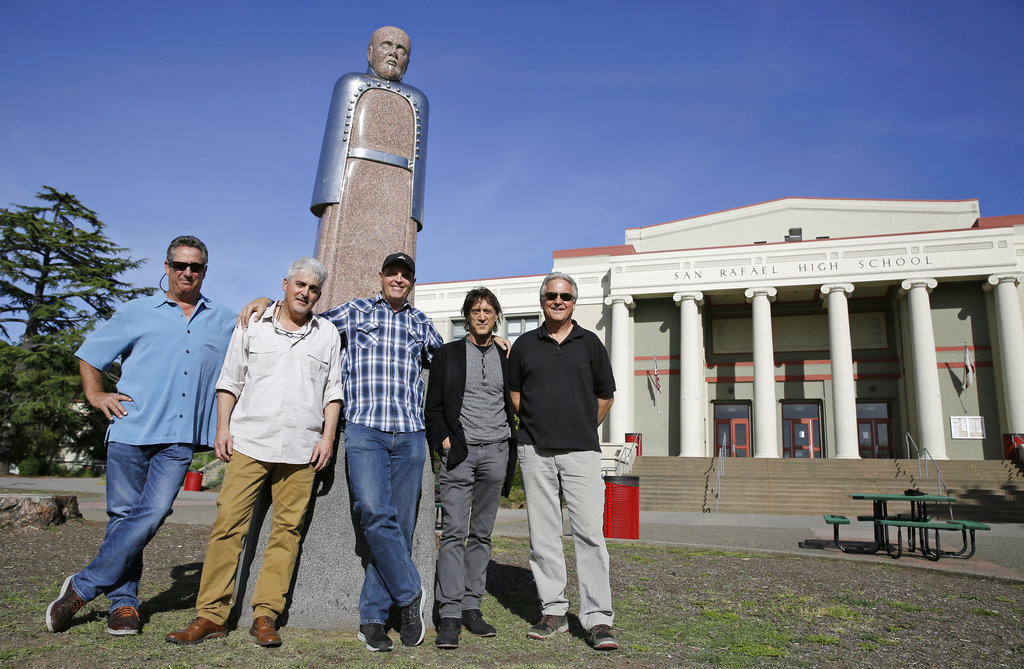 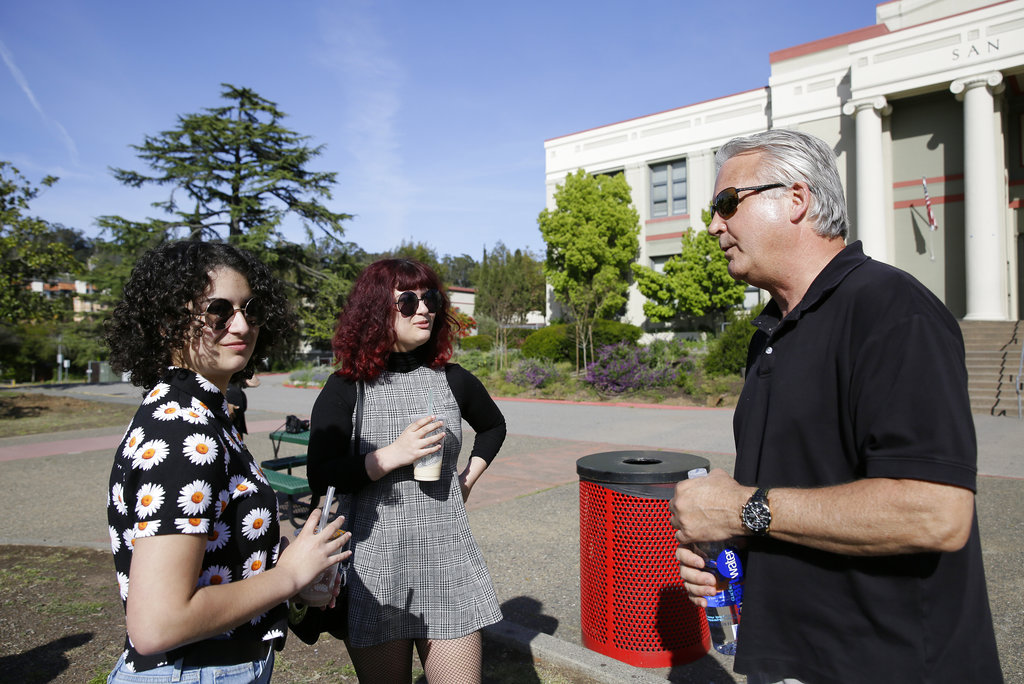 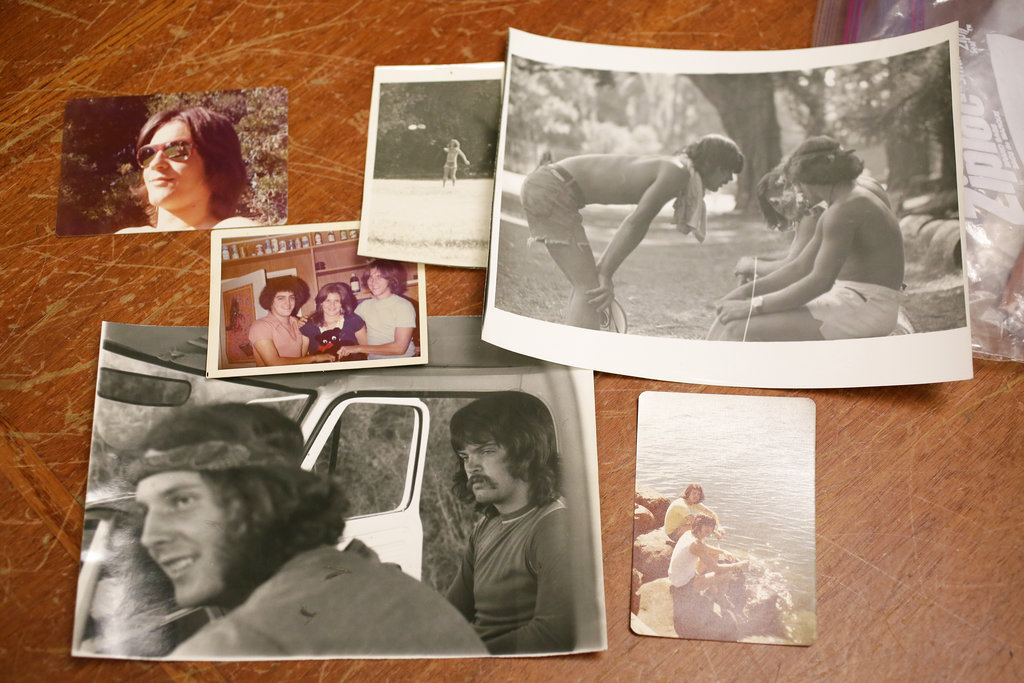 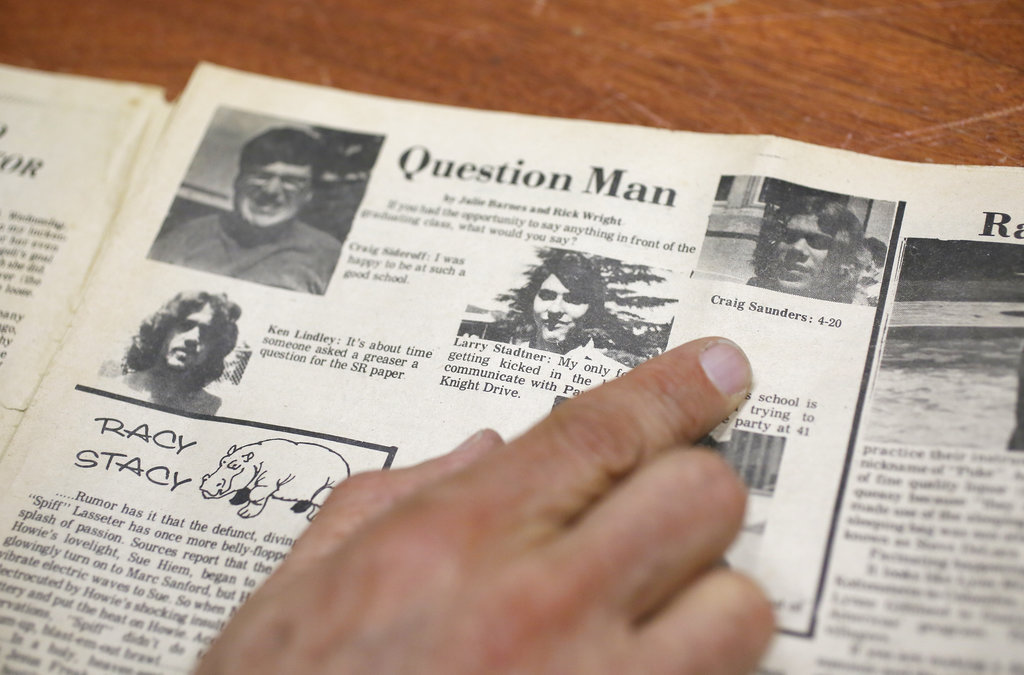 <
►
>
In this Friday, April 13, 2018, photo, the Waldos, from left, Mark Gravitch, Larry Schwartz, Dave Reddix, Steve Capper and Jeffrey Noel pose below a statue of Louis Pasteur at San Rafael High School in San Rafael, Calif. Friday is April 20, or 4/20. That’s the numerical code for marijuana’s high holiday, a celebration and homage to pot’s enduring and universal slang for smoking. And the five Northern California high school stoner buddies widely credited with creating the shorthand slang for getting high nearly 50 years ago now serve as the day's unofficial grand masters. (AP Photo/Eric Risberg)

Reddix and his four buddies — Steve Capper, Larry Schwartz, Jeff Noel and Mark Gravich — were a stoner clique who hung out at a particular wall between classes at San Rafael High School. They dubbed themselves “The Waldos,” a term coined by comedian Buddy Hackett to describe odd people.

One fall afternoon in 1971 a non-Waldo classmate came to the wall with an intriguing tale and a crudely drawn map.

The map purported to show the location of a marijuana garden in the forest of nearby Point Reyes National Seashore. The classmate said the pot patch belonged to his brother-in-law, a Coast Guard reservist stationed at Point Reyes.

The classmate explained his brother-in-law, paranoid of exposure and washing out of the reserves, was renouncing ownership of the garden. He handed Capper the map and said The Waldos were welcome to the marijuana.

The five excited friends made plans to find the weed after school and decided to meet in front of the school’s statue of Louis Pasteur at 4:20 p.m., when two of them finished football practice.

They piled into Capper’s 1966 Chevy Impala, popped in a Grateful Dead 8-track tape and passed around joints as they drove the 45 minutes to the coast.

The five, now firmly middle-class fathers dressed in Polo shirts and khaki pants, laugh about tumbling out of a marijuana smoke-filled car when they arrived at their destination.

“It was straight of a Cheech and Chong movie,” Schwartz said.

They didn’t find the patch that day, but vowed to keep searching. They would pass in the halls and whisper “420 Louis” to each other if a new attempt was planned, indicating they should meet at 4:20 p.m. at the Pasteur statue.

The patch was never found.

“We were probably too stoned,” Schwartz said.

There were myriad reasons for the teens to speak in code about smoking marijuana in 1971. Marijuana’s growing social tolerance was still decades away and people were receiving stiff prison sentences after being caught with even small amounts.

Another big reason: Noel’s father was a narcotics agent for the California Department of Justice.

The five Waldos never moved far away and all remain close. Gravich’s youngest daughter attends his alma mater and his oldest daughter is a recent graduate. Both say they’ve long been aware of their father’s involvement in creating 420.

The code remained confined to The Waldos’ social circle until they began hanging out backstage at Grateful Dead concerts. Reddix’s older brother was friends with band member Phil Lesh and that led to backstage passes and smoking sessions with the roadies and other crew members, who picked up the code.

The number really took off in the late 1980s when flyers were circulated at Dead concerts proclaiming 420 to be the password of stoner culture. The flyers went on to explain that 420 was California police code for marijuana smoking in progress. It’s not, but that and other origin stories continue to circulate to the point that Capper and Reddix have committed themselves to preserving as much proof as they can that they are the originators.

They tracked down the Coast Guard reservist to record his recollections confirming he grew a marijuana garden and drew the map that launched the treasure hunt. With his permission, they obtained his Coast Guard records, which show him stationed at Point Reyes at the appropriate time.

They keep those records in a rented safe deposit box in a San Francisco bank where they also store other documentation, including postmarked letters they exchanged in the mid-1970s discussing 420. The San Francisco bank’s address, as it happens, is 420 Montgomery Street.

The Oxford English Dictionary added 420 to its lexicon last year after reviewing the Waldo’s records and credits the men as the creators.

Related: 4/20 in the Trump era, a celebration or political rally?

Millions of dollars have been made over the years exploiting the number, from T-shirts and hats to cannabis businesses with 420 in their names. Hotels and tour companies advertise themselves as “420 friendly” and dating sites contain listings for people “420 compatible.”

Though dozens of 420-related trademarks have been issued to various companies, The Waldos hold none.

But they are starting to cash in, if only a little.

Lagunitas Brewing Co. in nearby Petaluma is set to release its seasonal “The Waldos Special Ale” on April 20. The brewery has given the five lifetime passes for free beer.

The Waldos also struck their first business deal with a cannabis business. They are endorsing a Oakland company’s vaping pen, which of course will be released on Friday at 4:20 p.m. All five plan to be at the company’s release party .