SALT LAKE CITY (AP) — The push for legalized marijuana has moved into Utah and Oklahoma, two of the most conservative states in the country, further underscoring how quickly feelings about marijuana are changing in the United States.

If the two measures pass, Utah and Oklahoma will join 30 other states that have legalized some form of medical marijuana, according to the pro-pot National Organization for the Reform of Marijuana laws. Nine of those states and Washington, D.C. also have broad legalization where adults 21 and older can use pot for any reason. Michigan could become the 10th state with its ballot initiative this year.

Utah and Oklahoma already are among 16 states that allow for use an oil called cannabidiol, or CBD, a compound from cannabis that doesn’t get users high but can treat a range of health concerns.

Justin Strekal, political director for NORML, is confident the Utah and Oklahoma measures will pass.

“America’s appetite for cannabis is not going away,” Strekal said. “We are in the death rattles of prohibition.”

Marijuana legalization efforts have faced some pushback from religions before — including in 2016 in Arizona and Nevada from the Mormon church, and the same year from the Catholic Church in Massachusetts. But not to the scale they could face this year in Utah, where Mormons account for about two-third of the population, said Matthew Schweich, executive director of the pro-legalization Marijuana Policy Project.

Mormons have long frowned upon marijuana use because of a key church health code called the “Word of Wisdom,” which prohibits the use of alcohol, tobacco and illegal drugs. 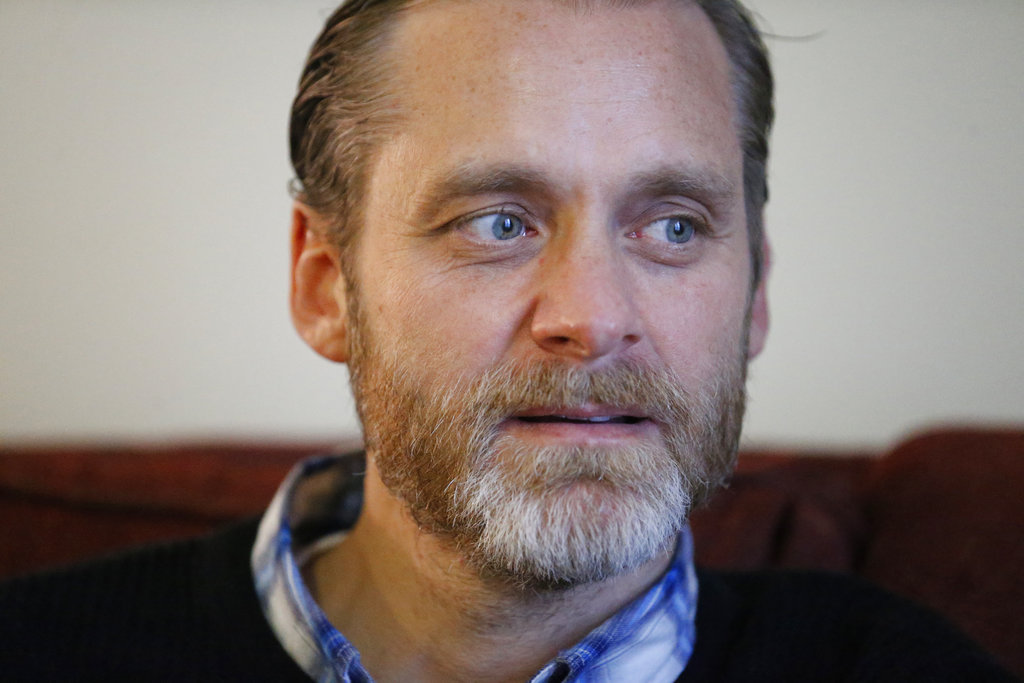 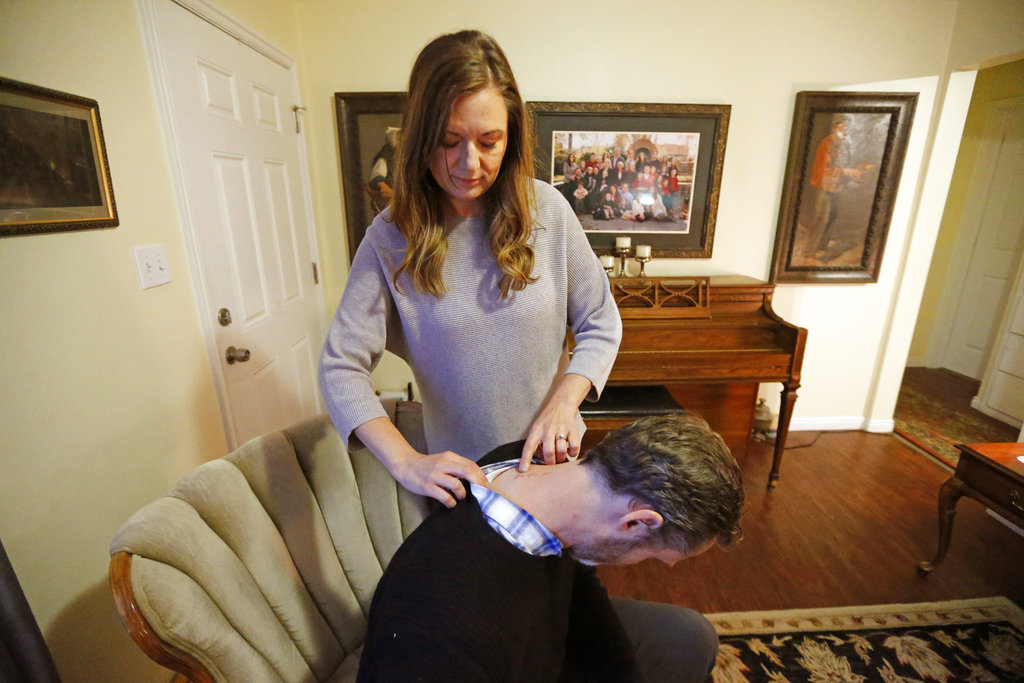 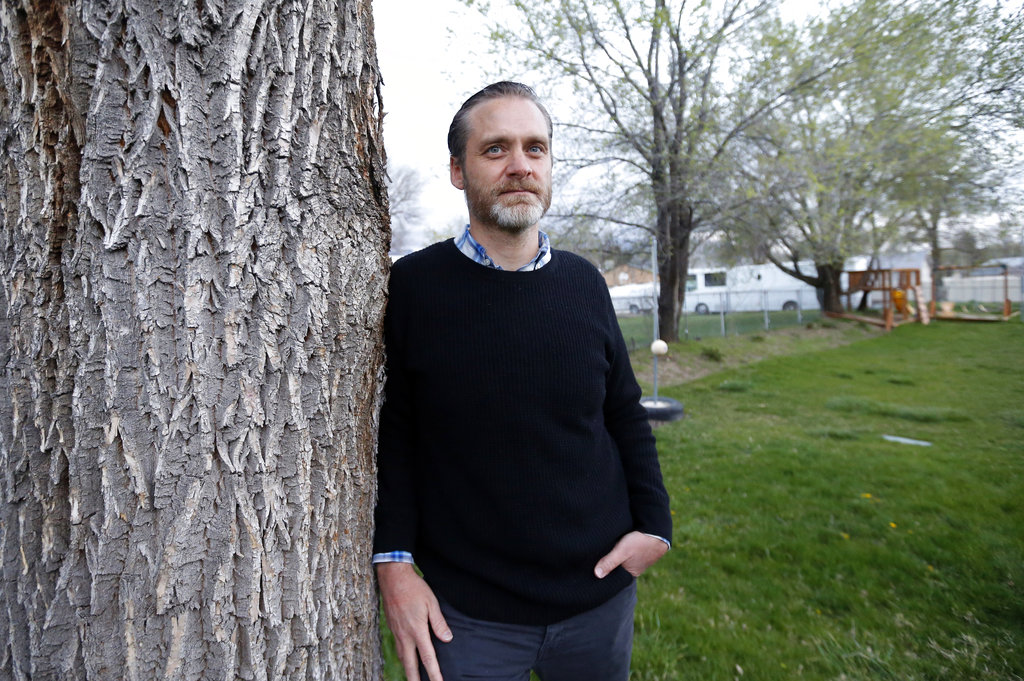 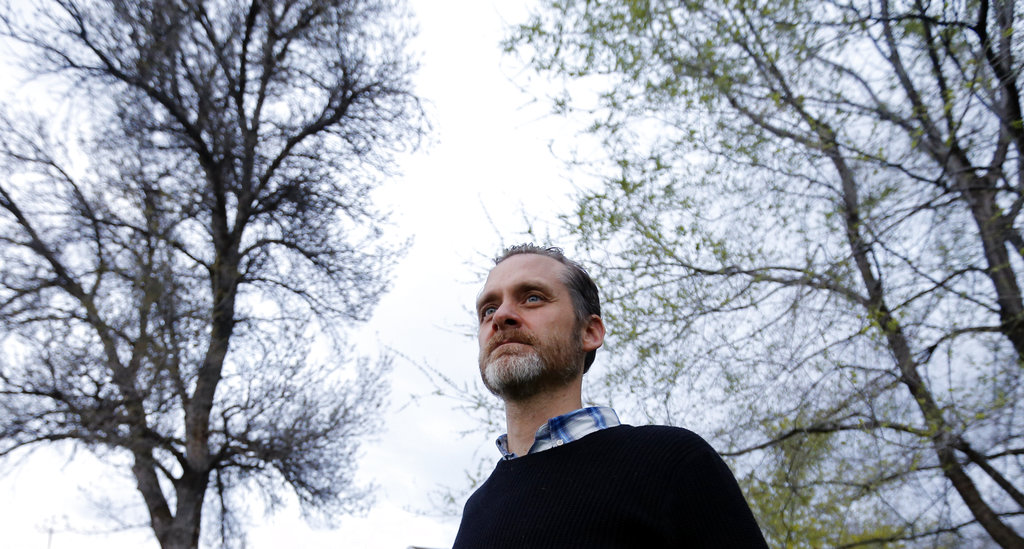 <
►
>
Rebecca Frodsham points to her husband's surgical scars, at their home Monday, April 16, 2018, in Murray, Utah. Nathan Frodsham suffers from cervical arthritis and disc disease. Voters in Utah this November will consider a ballot initiative that would legalize medical marijuana for people with certain chronic conditions. (AP Photo/Rick Bowmer)

The Church of Jesus Christ of Latter-day Saints came out against the proposal this month, saying in a statement drugs designed to ease suffering should be tested and approved by government officials first. The church said it respects the “wise counsel” of doctors, and commended the Utah Medical Association for opposing it. The association has accused organizers of trying to disguise their intention of simply paving the way for legalizing recreational marijuana.

Utah Gov. Gary Herbert told middle school students in January that he thinks medical marijuana will someday be legalized in the state but in March he announced his opposition to the ballot question, which he argues lacks safeguards for the growing and distribution of marijuana.

Unlike other medical marijuana states, Utah’s proposal would not allow pot smoking or for residents to grow their own, Schweich said. It would create a state-regulated growing and dispensing operation to allow people with certain medical conditions to get a card and use the drug in edible forms like candy, in topical forms like lotions or balms, as an oil or in electronic cigarettes. Proponents turned in the signatures Monday to get the measure on the ballot in November.

Oklahoma will vote in June on its proposal that would allow doctors to recommend that patients receive a medical marijuana license allowing them to legally possess up to three ounces of the drug, six mature plants and six seedlings.

Ted Lyon, a 78-year-old Mormon, is a supporter because he saw in the past decade how medical marijuana helped two of his neighbors in Provo — one with multiple sclerosis and another who has seizures. He said he wouldn’t support the drug’s legalization for recreational use.

Lyon, a retired professor at Mormon-owned Brigham Young University, said he’s afraid the church’s opposition will have a chilling effect on members of the faith but said he remains hopeful there are enough progressive-leaning Mormons who will see the benefits.

“In 10 years, the church may say something different,” Lyon said. “This is not an eternal banishment of medical marijuana. My father was a good historian, and he used to say, ‘If you don’t like something in the church, just wait a while because it will change.'”

Nathan Frodsham, a 45-year-old married Mormon father of three, is hoping the measure passes so he can get off opioids and back to using the vaporized form of marijuana that he used when he lived in Seattle after his doctor recommended trying for his painful osteoarthritis in his neck.

Frodsham wasn’t discouraged by the Mormon church statement, which he notes doesn’t go as far in opposition as when the church explicitly asked members to vote against full marijuana legalization in Arizona and Nevada. He said marijuana is a natural plant and that the religion’s health code doesn’t single out cannabis as being prohibited.

“I think there’s some room for interpretation on this,” said Frodsham.

The 4,500-member Utah Medical Association isn’t against the idea of legalized medical marijuana but has numerous concerns with an initiative it thinks is too broad and doesn’t include necessary regulatory measures, said Michelle McOmber, the group’s CEO.

“We want to be very careful about what we bring into our state,” McOmber said. “This is an addictive drug.”