OAKLAND, Calif. — It wasn’t exactly reefer madness Monday as California launched the first legal retail sales of marijuana, but those who could find the drug celebrated the historic day, lining up early for ribbon cuttings, freebies and offerings ranging from joints to gummy bears to weed with names like Red Dragon.

Jeff Deakin, 66, his wife Mary and their dog waited in the cold all night to be first in a line of 100 people when Harborside dispensary, a longtime medical pot shop in Oakland, opened at 6 a.m. and offered early customers joints for a penny and free T-shirts that read “Flower to the People — Cannabis for All.”

“It’s been so long since others and myself could walk into a place where you could feel safe and secure and be able to get something that was good without having to go to the back alley,” Deakin said. “This is kind of a big deal for everybody.”

Harborside founder Steve DeAngelo used a giant pair of scissors to cut a green ribbon, declaring, “With these scissors I dub thee free,” before ringing up the first customer at a cash register.

Sales were brisk in the shops lucky to score one of the roughly 100 state licenses issued so far, but customers in some of the state’s largest cities were out of luck. Los Angeles and San Francisco hadn’t authorized shops in time to get state licenses and other cities, such as Riverside and Fresno, blocked sales altogether. 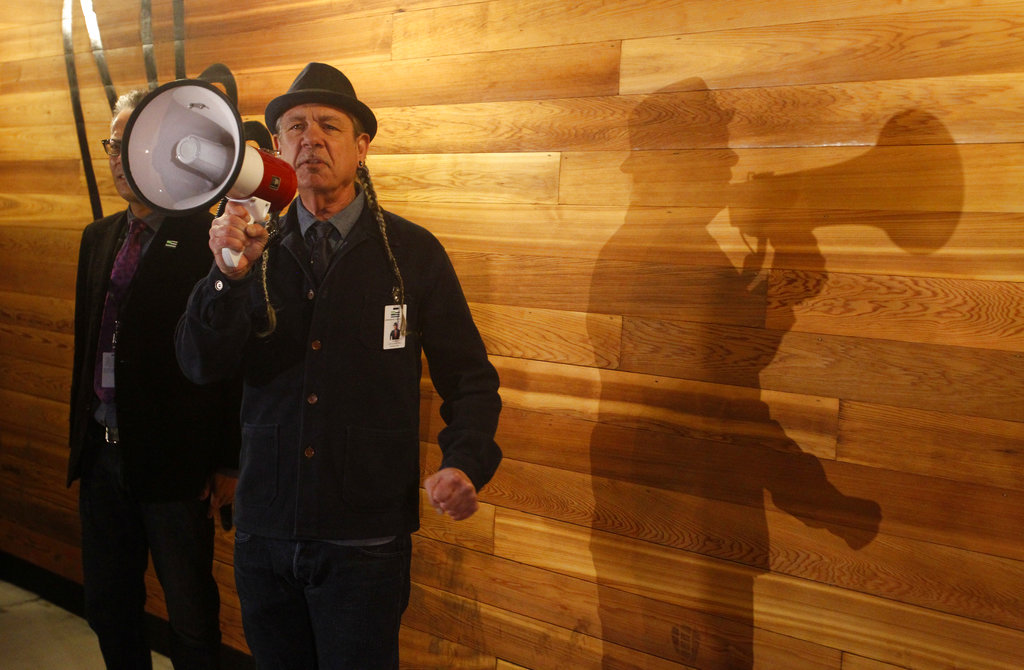 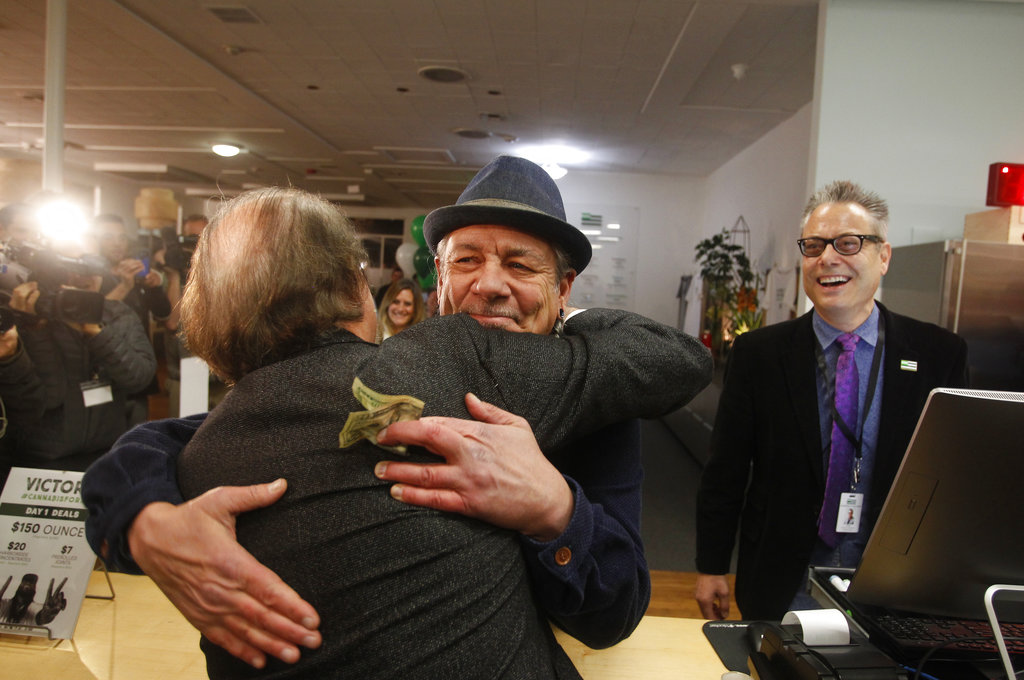 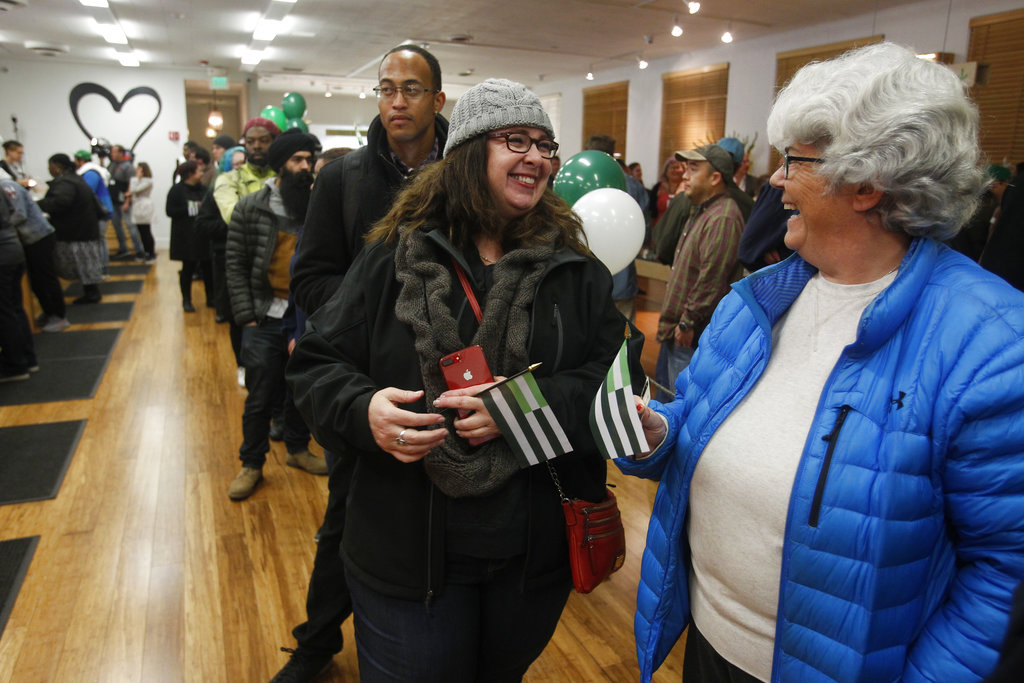 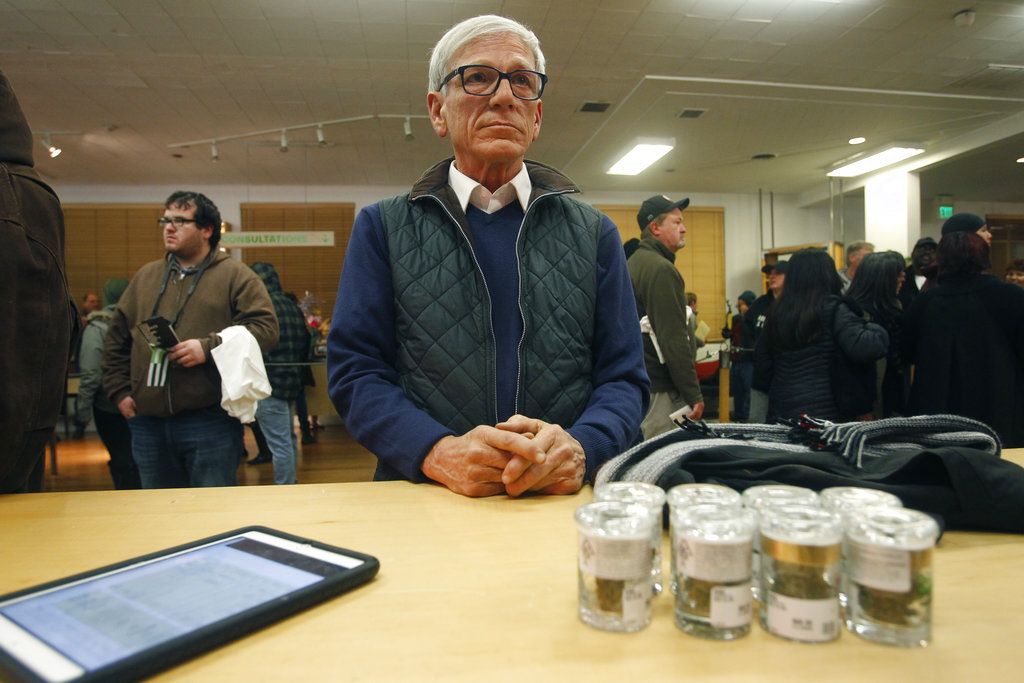 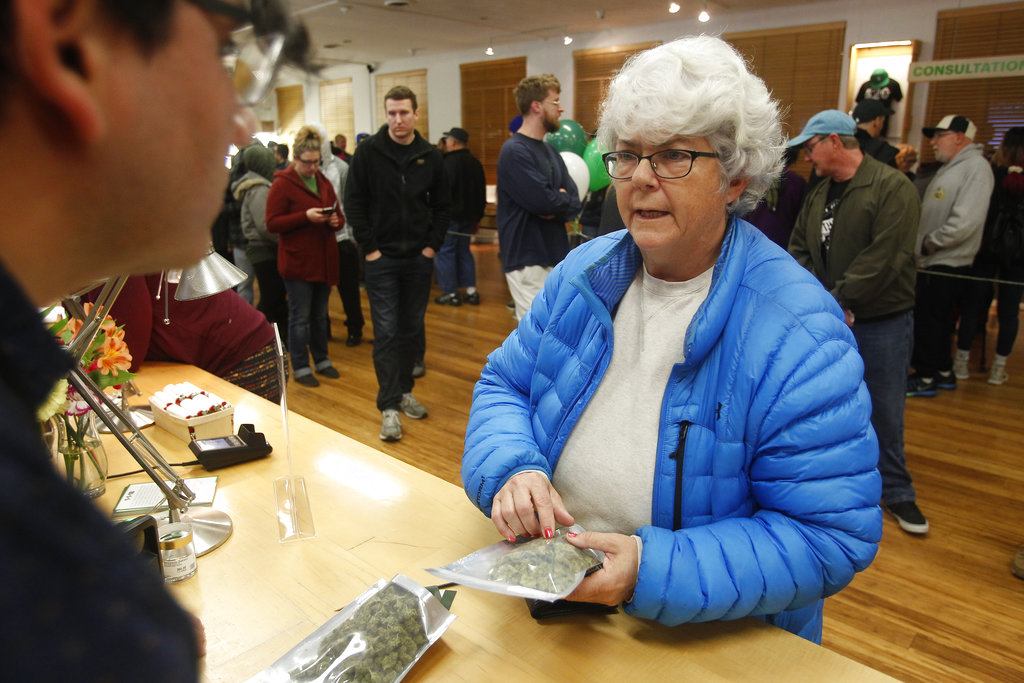 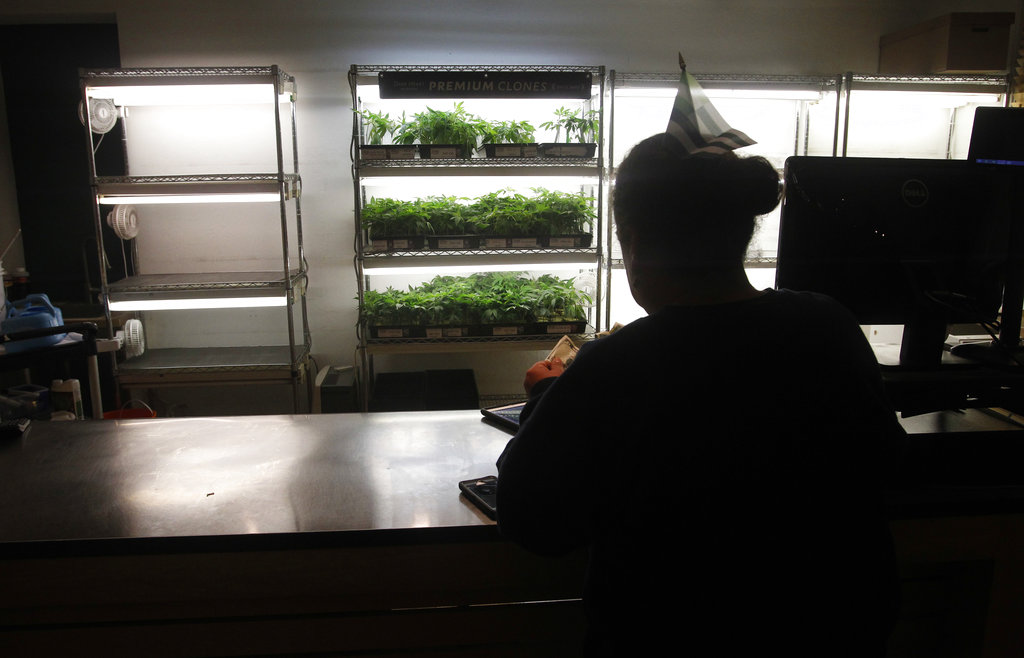 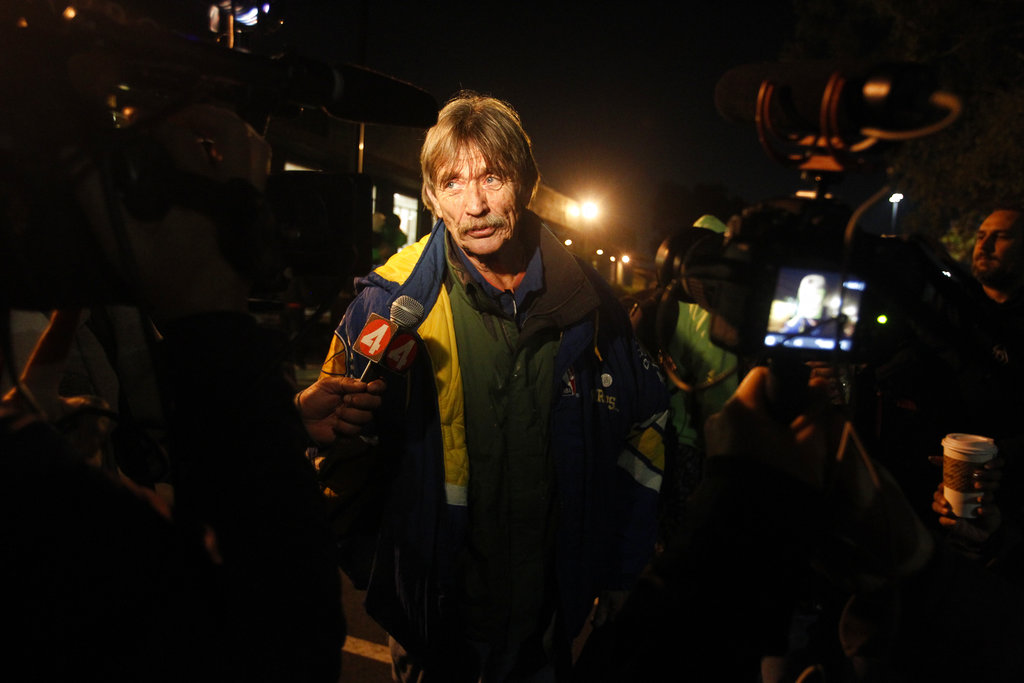 California voters in 2016 made it legal for adults 21 and older to grow, possess and use limited quantities of marijuana, but it wasn’t legal to sell it for recreational purposes until Monday.

The nation’s most populous state now joins a growing list of states, and the nation’s capital, where so-called recreational marijuana is permitted even though the federal government continues to classify pot as a controlled substance, like heroin and LSD.

The signs that California was tripping toward legal pot sales were evident well before the stroke of midnight. California highways flashed signs before New Year’s Eve that said “Drive high, Get a DUI,” reflecting law enforcement concerns about stoned drivers.

The state banned what it called “loco-weed” in 1913, though it has been easing criminal penalties for use of the drug since the 1970s and was the first state to legalize marijuana for medicinal purposes in 1996.

Travis Lund, 34, said he’d been looking forward while working the graveyard shift to buy weed legally for the first time since he began smoking pot as a teen.

“I’m just stoked that it’s finally legal,” he said after purchasing an eighth of an ounce of “Mount Zion” and another type of loose leaf marijuana at Northstar Holistic Collective in Sacramento, where the fragrance of pot was strong. “I’m going to home and get high — and enjoy it.”

Lund previously purchased marijuana on the black market through friends and said that may continue, given the high costs of the legal weed, which is heavily taxed. But he said he would indulge in retail pot occasionally because of controls being phased in to ensure a higher-quality product.

Shops will be able to sell marijuana harvested without full regulatory controls for six months but will eventually only be able to sell pot tested for potency, pesticides and other contaminants, and products that have been tracked from seed to sale.

The Bureau of Cannabis Control was not aware of any problems or complaints about the first day of sales, but it didn’t have inspectors in the field, spokesman Alex Traverso said.

Employees at the bureau on the holiday continued to process 1,400 pending license applications for retail sales, distribution and testing facilities.

Traverso said they expect a flood of applications from LA and San Francisco after those are approved locally. Because Los Angeles is the biggest market in the state, some of those shops will be approved more quickly than others waiting in line, he said.
The status of the Los Angeles shops highlights broad confusion over the new law.

Los Angeles officials announced late last month that the city will not begin accepting license applications until Jan. 3, and it might take weeks before any licenses are issued. That led to widespread concern that long-established businesses would have to shut down during the interim.

Attorneys advising a group of city dispensaries have concluded those businesses can legally sell medicinal marijuana as “collectives,” until they obtain local and state licenses under the new system, said Jerred Kiloh of the United Cannabis Business Association, an industry group.

It wasn’t immediately clear how many of those shops, if any, were open.

“My patients are scared, my employees are scared,” said Kiloh, who owns a dispensary in the city’s San Fernando Valley area.

In Orange County, shops in Santa Ana received the green light over the weekend to open and a steady flow showed up at ShowGrow.

She said she smoked pot for years — at times taking great risks to get it — but stopped once she started having kids.

“In high school my guy friends would fantasize about shops we could go into and just buy weed,” she said. “I couldn’t have dreamed of this place.”